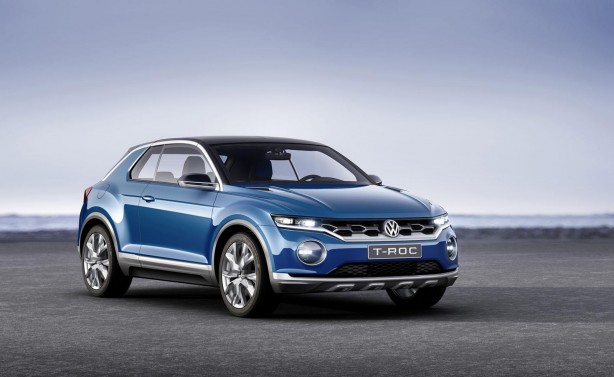 The Volkswagen T-ROC concept has been unveiled at the company’s preview press event at the Geneva Motor Show. The concept hints at Volkswagen intention to extend its current offering to include a new range of compact SUVs.

Designed to slot below the Volkswagen Tiguan, the T-ROC concept breaths a fresh new styling approach for the company’s future SUV, featuring a progressive design with short overhangs, front section with the LED headlights and two removable roof halves. The concept rolls on multi-part 19-inch alloy wheels wrapped in 245/45 tyres all round. 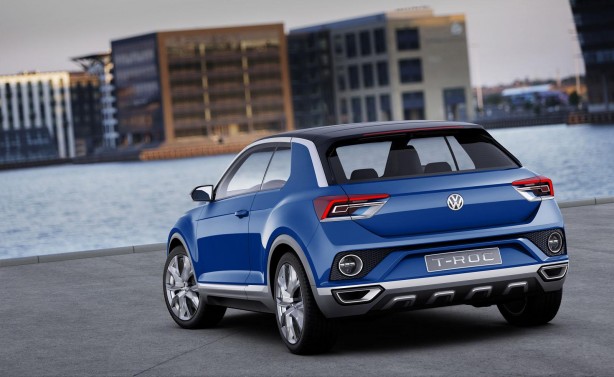 Sharing most of its underpinnings with the Golf, Europe’s biggest car manufacturer is set to expand the SUV spectrum appreciably with new models in a variety of classes. At the Geneva show which starts from March 4 to 16, the T-ROC concept will be joined by other Volkswagen concepts including the CrossBlue, CrossBlue Coupé and Taigun.

The T-ROC follows a new design line and interior style, with the progressive design of the front section being particularly striking. The two-door vehicle also combines the talents of an all-wheel drive SUV – which doesn’t capitulate even when faced with rocky off-road tracks – with the summery airiness of a convertible. The middle section of the roof consists of two halves that with just a few flicks can be taken off and stowed in the boot. Front and rear cameras, which are backed up in the dark by LED headlights, extend the driver’s field of vision. 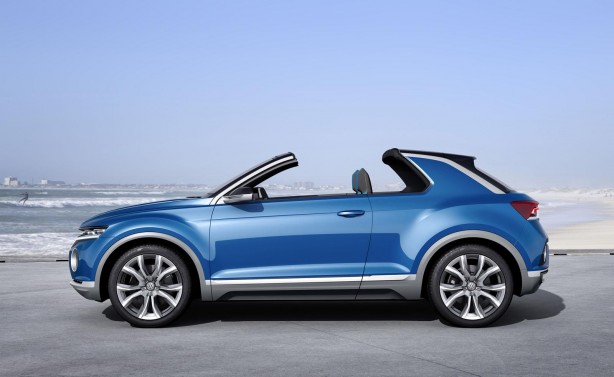 The body of the T-ROC concept has been designed based on the Modular Transverse Matrix (MQB). Thanks to lightweight construction the SUV weighs just 1,420 kg.