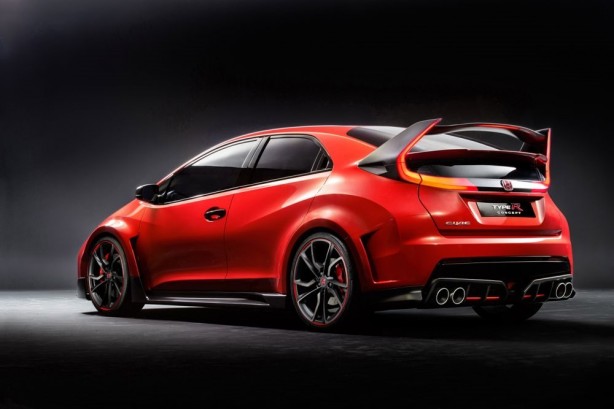 This is the car Honda fans across the world have been waiting for – the Honda Civic Type R packing over 208kW from a force-fed 2.0-litre inline four-cylinder engine, and it can’t get to showrooms quick enough. 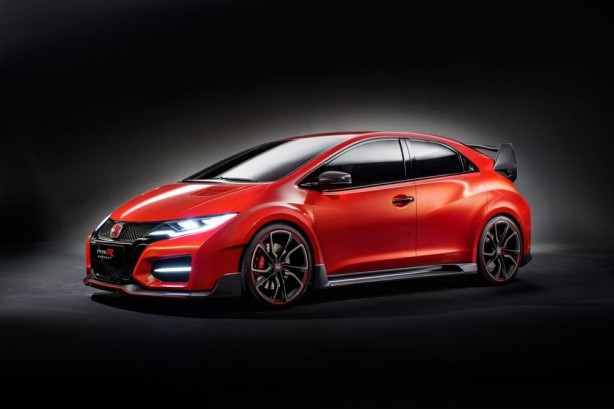 With the brand’s current drab offering, the Type R will inject much needed sex appeal, not to mention fun, into Honda’s line up. First impression is promising, with the Civic Type R’s attention grabbing wide body kit and boy racer rear wing. Albeit still a concept at this stage, the hot hatch is pretty much production ready. 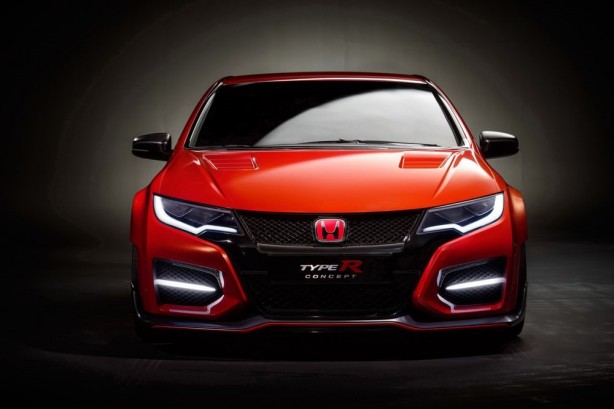 The Type R will be the first production model from Honda to use its newly developed series of turbocharged VTEC petrol engines. The Japanese firm said the 2.0-litre turbocharged unit found under the bonnet of the Type R will produce “more than 208kW” of power. 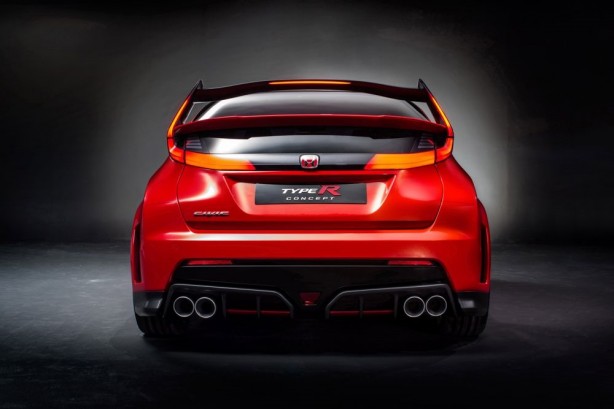 Honda also makes no secret that they set out to crush the current record for the fastest lap around the Nürburgring for a series production front-wheel drive with the Type R from the onset. The record is currently held by the Renaultsport Mégane 265 Trophy at 8:07.97. It also went on to say the Type R is “a racing car for the road, rathan than a high performance version of a road car”, with its extreme styling inspired by the WTCC racer.

“Many of the styling features offer real function, rather than just aesthetics,” said Honda.

“The need to reduce drag, add down-force, provide cooling and achieve optimum airflow, were key considerations for the design team.”