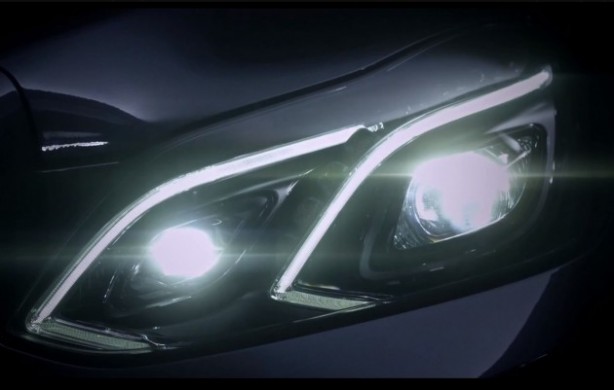 With the face lifted Mercedes-Benz E-Class set for its global debut in January at the 2013 North American Auto Show in Detroit, the company has released a teaser video previewing the prestige sedan.

In particular, Mercedes-Benz wants to draw your attention to the new model’s headlights. The split design of the current generation has morph into a single unit, as you can see from the video below. The new headlights feature a set of ‘eyebrows’ that will undoubtedly function as the car’s daytime running lights.

The headlight design in the video seemed to confirm an image of a fully undisguised 2014 E-Class that surfaced online earlier this month. 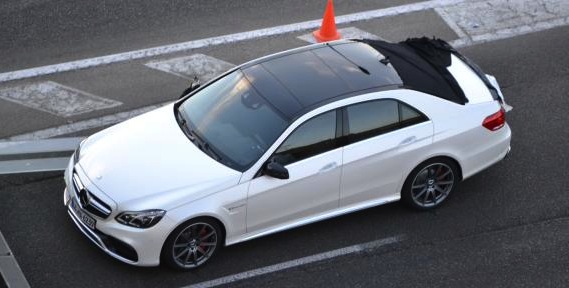 As you can see from the image above, the next-generation E-Class is set to come with all-new body panels, bar the doors and roof.

As for the mechanical set up, Mercedes-Benz has yet to release any official information but the current line-up is expected to be carried over. However, the company is reportedly developing a new 3.0-litre turbocharged V6 petrol engine that generates around 250kW. It may well replace the current naturally aspirated 3.5-litre V6.

The ballistic E63 AMG’s mill is also expected to be carried over. However, an all-wheel drive system may be introduced.

Previous Mitsubishi Outlander lands in Australia priced from A$28,990
Next 2012 Volkswagen CC Review