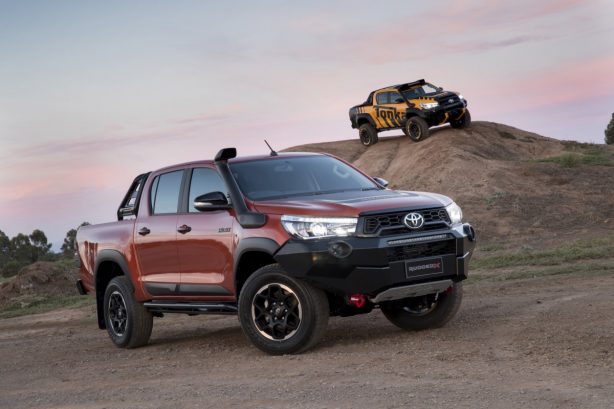 The trio of new “halo” Toyota HiLux variants due in April this year will have a strong Aussie accent thanks to an extensive development program carried out by the company’s Melbourne-based designers and engineers, claims Toyota.

Aimed at off-road enthusiasts, the comprehensive upgrades that result in the new HiLux Rugged and Rugged X variants were designed, engineered and validated in Australia with support from the parent company in Japan and Toyota in Thailand. 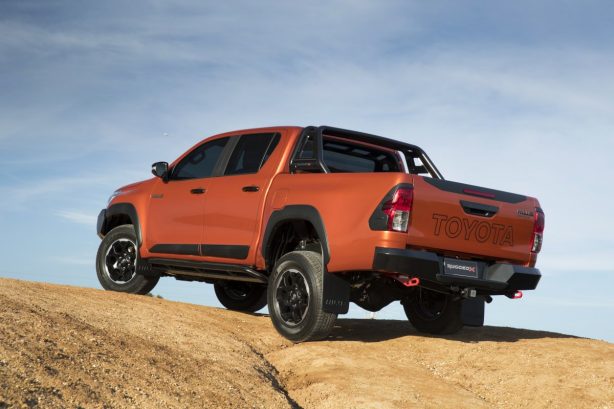 It is joined by HiLux Rugged, which is focused on toughness and off-road performance. It provides enthusiasts with an ideal vehicle for getting off the beaten track that its aggressive front-end design, including a steel bull bar.

A third new model, the premium-focused HiLux Rogue was styled by the Australian design team and developed in close collaboration with Toyota engineers in Thailand. 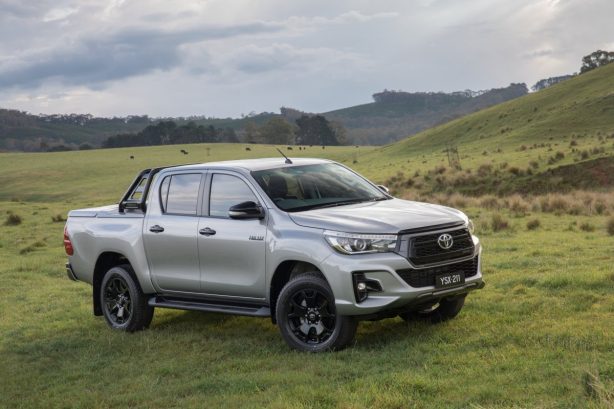 “Our team understands local customer usage and tastes, the extremes of our local environment as well as requirements for off-road use, unsealed roads and the challenges of dust and water crossings,” Mr Ferguson said.

“They have developed these high-strength components and integrated them fully to build on the strength and durability of HiLux while maintaining the performance of key safety systems,” he said.

“For example, the Rugged X bash plate is made from high-tensile alloy, significantly improving protection from rugged terrain while minimising weight increase. Local engineering and testing also ensures it works in conjunction with the steel front bar and existing underbody protection.”

Mr Ferguson said the project was a logical extension of the local team’s work in producing the HiLux Tonka concept, unveiled in March last year.

He said the new models also benefited from the Australian team’s extensive involvement in developing the current-generation HiLux, including suspension, underbody protection, tuning of electronic safety systems and 650,000km of local testing.

“It was natural for our team to focus on HiLux: it’s Australia’s best-selling vehicle and owners customise their HiLux more than any other model in our range.

“In the spirit of the concept car, we’ve further enhanced the off-road toughness of the already highly capable HiLux.

“Australian buyers will also appreciate the peace-of-mind knowing that these new vehicles have been developed to Toyota’s rigorous standards, will be certified to Australian Design Rules and attract full warranty coverage,” Mr Ferguson said.