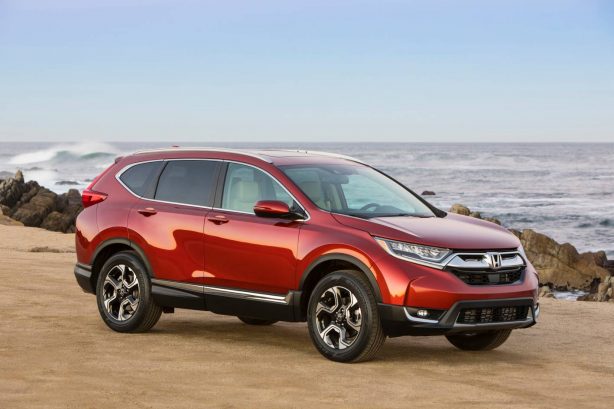 Honda’s next generation CR-V crossover will boast an all-turbo engine line-up and a seven-seat option when it launches in Australia in July this year.

The fifth-iteration of the CR-V will share the same engine as the current Honda Civic – a 1.5-litre four-cylinder turbocharged petrol engine, upgraded to deliver 140kW of power and 240Nm of torque, up from the Civic’s 127kW / 220Nm output.

Featuring the company’s VTEC variable valve timing and fuel-saving Earth Dreams technology, the new CR-V is claimed to offer owners the fuel efficiency they don’t expect from an SUV. It will be matched with a CVT automatic and available in either front-wheel or all-wheel drive formats. 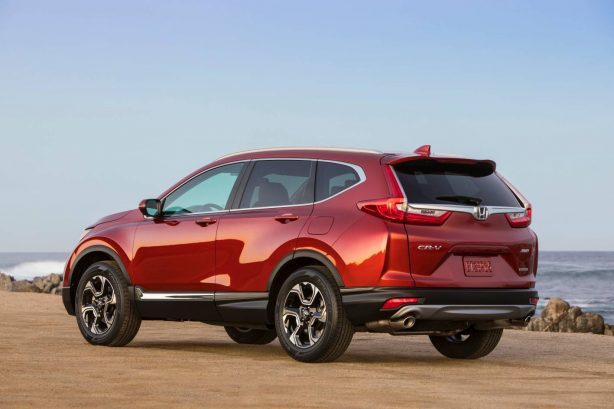 Based on an all-new platform architecture, the CR-V also targets the highest levels of quality and driving refinement in the medium SUV class, including benchmark steering precision, ride comfort, body control and cabin quietness, according the Honda.

The new platform allows the CR-V to accommodate a third row of seats for the first time. Both five-seat and seven-seat variants will be offered in Australia.

“For Australia, the Honda CR-V will be a significant player in the medium SUV segment,” said Honda Australia Director, Mr. Stephen Collins.

“As well as the VTEC Turbo engine line-up across the range, family buyers will also appreciate the versatility afforded by being able to choose between a five, or seven-seat models. Our customers have been asking for this level of versatility and now we’ll deliver it.” 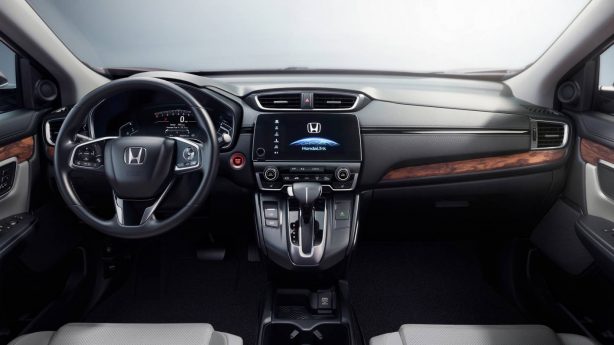 Mr. Collins said there had already been huge interest in the all-new Honda CR-V. “Because of its success overseas, our customers already know it’s coming. It’s clear both our existing customers and potential buyers currently in-market for a medium SUV, are already putting the Honda CR-V on their shopping lists.”

Competing against the segment-leading Mazda CX-5 and strong-selling Kia Sportage in one of the most crowded passenger car segments, the new CR-V brings bold new sculpted styling, a more premium interior and a host of new features and technologies aimed at elevating the CR-V to the pointy end of the compact SUV class.

Its cabin is said to offer better refinement and best-in-class interior space. Cabin materials have been upgraded throughout for a more premium interior feel, while in-vehicle connectivity steps on a notch with the inclusion of Apple CarPlay and Android Auto as well as the new Honda Satellite-Linked Navigation System developed in cooperation with Garmin. 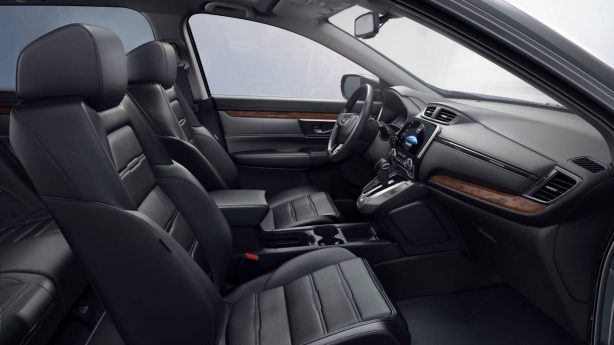 “When you step into the new CR-V you’ll know you’re in a premium, quality cabin but that premiumness will also be evident in the driving experience,” Mr. Collins said. “We also know our customers rank style as an important consideration for purchase and the CR-V has plenty of style as well as sophistication and a strong dynamic visual element.”

Mr. Collins also said the all-new Honda CR-V was one of three major launches for Honda in Australia in 2017.

“We’re about to go on sale with the Civic hatch to complement the Civic sedan, followed by the CR-V and later in the year, the hot performance Type R,” he said.

“The Type R has already created a sensation by setting a new record for a front wheel drive car on the Nurburgring and its recent appearance at the 2017 Formula 1® Rolex Grand Prix in Melbourne generated a lot of interest.”

Full model details, pricing and key specifications for the all-new Honda CR-V will be released closer to launch.