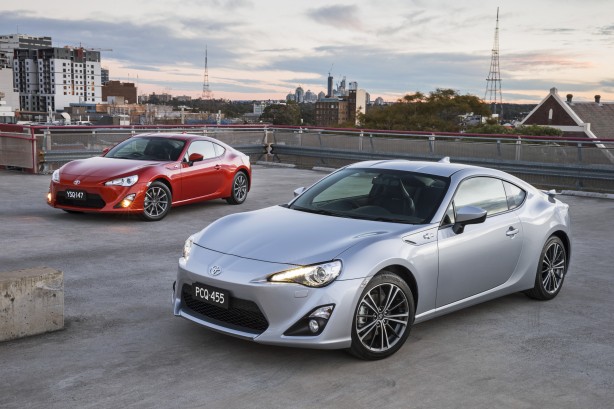 Toyota has dialled up the sheer driving fun and razor-sharp handling of its award-winning 86 sports car by introducing subtle refinements to its widely praised suspension.

The car’s global chief engineer, Tetsuya Tada, met the often-competing targets for a smoother ride and sharper handling by revising the way suspension components are attached to the chassis. 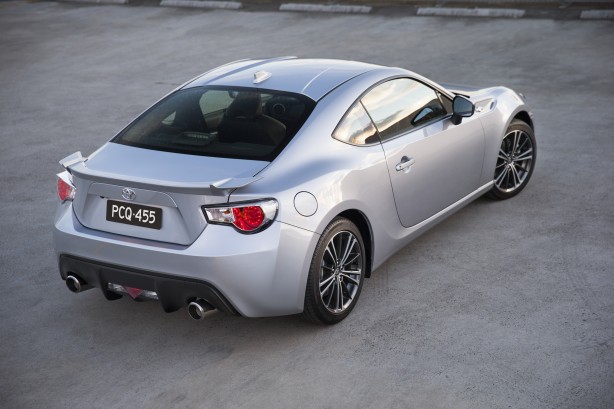 He re-tuned the shock absorbers and refined their characteristics, focusing on the initial movement and when the vehicle is operating at its limits or on wet roads.

Alongside greater responsiveness and more communicative handling, the latest evolution of the cult vehicle that is Australia’s best-selling sports car incorporates a package of internal and external upgrades.

For the interior, the GT variant is now fitted with the same instrument cluster as the higher-grade GTS. It includes a digital speed read-out and a rev indicator light to warn of the approaching red line. The auto GT also gains a shift-position indicator.

The GT manual’s recommended retail price remains unchanged at $29,990, plus on-road costs – the same price quoted when the 86 burst onto the local market more than two years ago. The GT automatic also retains its price at $32,790 RRP. 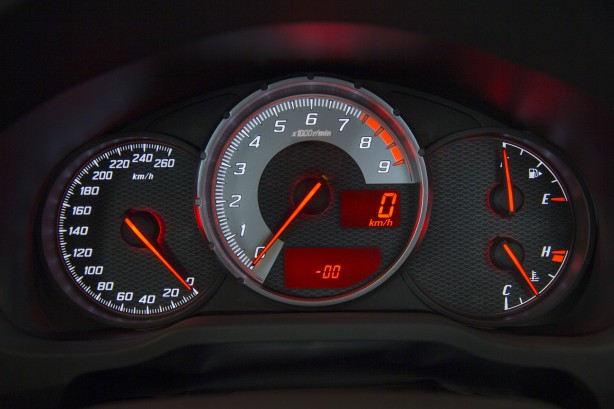 For the 86 GTS, Toyota has added a reversing camera and a sportier carbon-look motif for the instrument panel surround. Prices for these variants have risen by $500 (manual) and $800 (auto).

Toyota has taken the opportunity provided by this update to add a shark-fin antenna to the roof of both grades for aerodynamic as well as aesthetic reasons.

It has also freshened the exterior paint palette with two new shades of white and silver paint available to buyers. 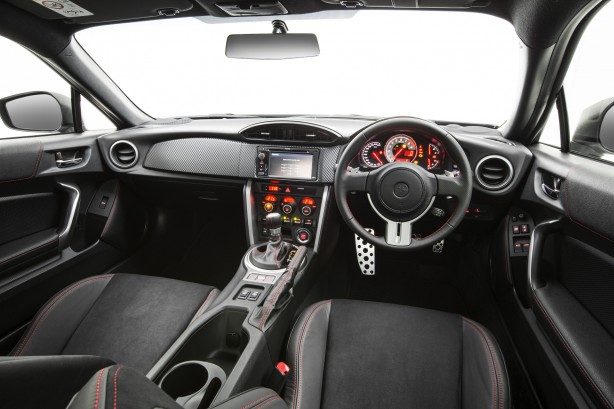 “Toyota 86 is an affordable sports car that is all about driver involvement, and its chief engineer is passionate about constantly evolving and enhancing this aspect of its appeal,” Mr Cramb said.

“This clever fine-tuning of the universally acclaimed dynamics of the car will ensure its handling responsiveness is even more closely attuned to the driver’s intentions,” he said.

Sales of the 86 in Australia have passed 10,900 – the highest total for any country outside Japan and the United States.