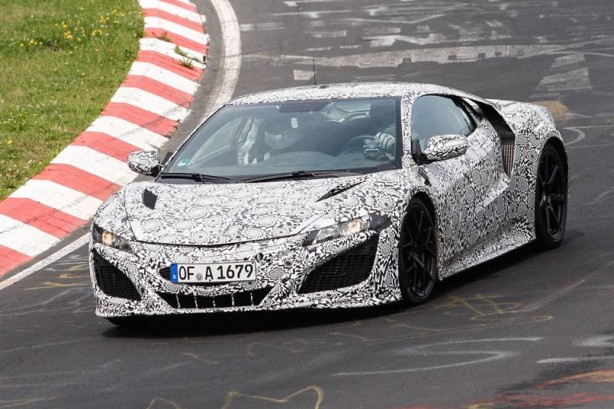 Honda’s much needed brand revival supercar, the new NSX, has been spotted pounding the notorious Nurburgring circuit in Germany, as it gears up for a 2015 global debut.

The new Honda NSX (Acura NSX in North America) has been in the making for a long time. It was even canned at some stage, due to financial troubles at the big H, then resumed with a totally new design and layout. Finally, Honda is now ready put a near production-ready prototype on a test track. 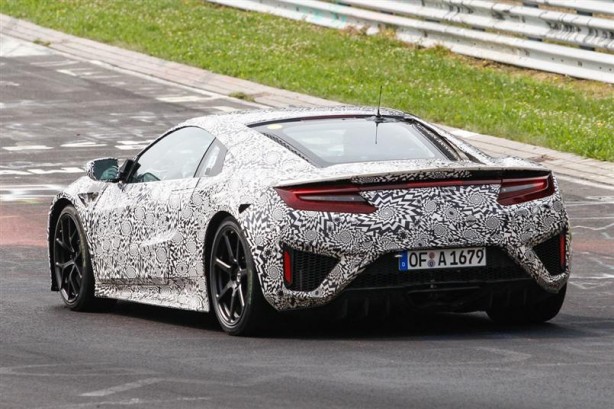 Despite wearing heavy camouflage, the NSX prototype can be seen retaining the basic shape of the NSX concept, which was first unveiled at the North American Auto Show in Detroit last year.