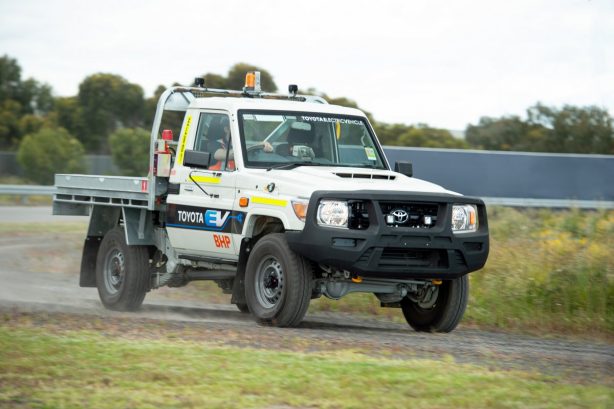 The small-scale trial involves a LandCruiser 70 Series single-cab ute that has been converted to a battery-electric vehicle by Toyota Australia’s Product Planning and Development division in Port Melbourne.

The converted vehicle – equipped for underground mine use – will operate under full battery power and will not require any fuel to run.

The trial will take place at a BHP Nickel West mine in Western Australia. 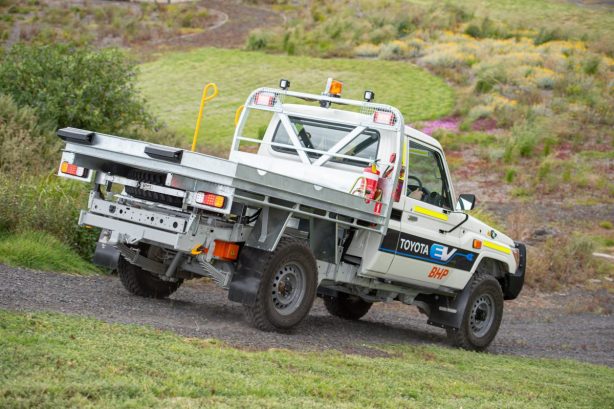 Toyota Australia’s President and CEO Matthew Callachor said the trial is another step Toyota is taking as part of its bigger picture of a zero emissions future.

“BHP and Toyota have demonstrated a strong relationship throughout the last 20 years, and this project is a great testament to how we can both work together as leading companies in our respective industries to change the future,” Mr Callachor said.

The fully electric LandCruiser 70 Series swaps out its diesel engine with a bank of batteries and electric motors driving all four wheels. Despite being only a prototype for now, the electric ute is Toyota’s first fully operational EV ute, potentially paving way for a production light commercial EV.

Previous 2021 Jeep Grand Cherokee L debuts with upmarket looks
Next Apple is building a car? This is how it may look like