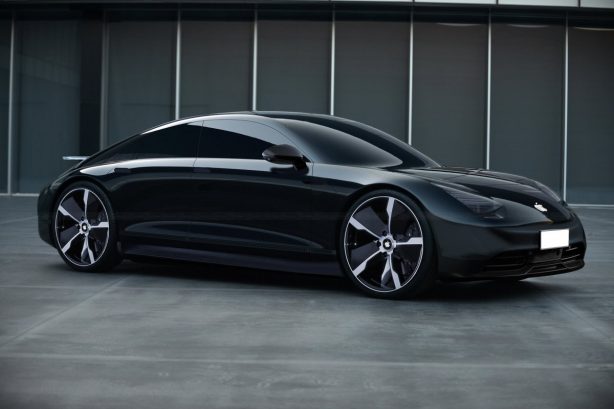 It’s no secret that tech giant Apple has been exploring the idea of a car product. The company has been working on the so called ‘iCar’ project since 2017. But the details are scarce, with rumours suggesting that the first ever Apple car – if produced – will be fully electric and autonomous.

Whatever the case is, all we know is that we won’t be seeing an Apple badged car on the road anytime soon. But that didn’t stop the internet from coming up with some very creative imagination of what the iCar would look like.

Rendered by Kleber Silva of Behance.net, this all-black Apple iCar boasts some of the sleekest body shapes we have seen on a car. There’s no denying it has a hint of Tesla Model 3 around the front and Porsche Panamera at the back, but the clean and simplistic styling is in sync with Apple’s design philosophy. 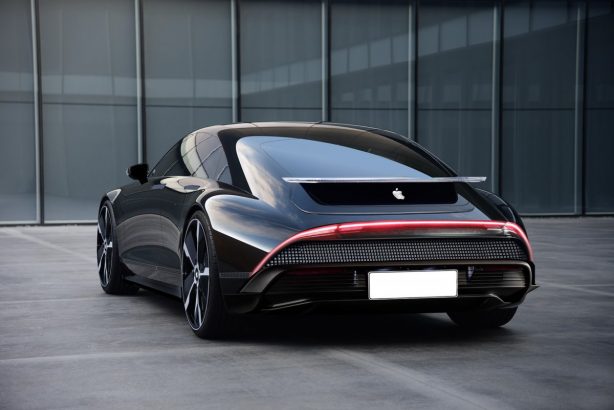 With Tesla already at the forefront of electric car technology, Apple will need a unique selling point if it were to venture into the automotive business. And that may well be the seamless integration of various car functions into an Apple phone, including remote surveillance and control. We can also expect a bespoke in-car entertainment system developed in-house by Apple.

While the final product remains to be seen – if ever produced – an Apple iCar is certainly an interesting proposition.