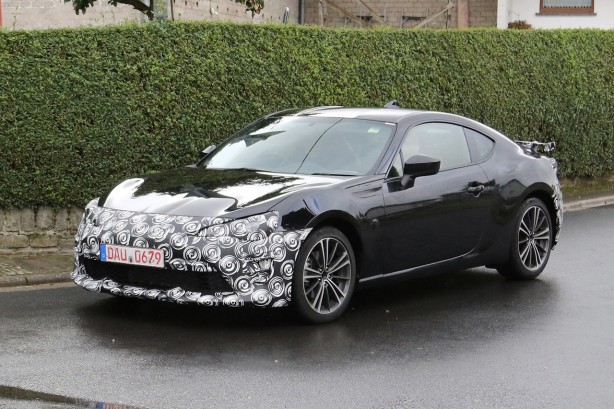 After three years on the market, the highly successful Toyota 86 goes under the knife for its first ever major facelift for 2016.

Spotted testing on German public roads (likely to be on its way for some track action at the Nurburgring circuit), the sports coupe’s camouflaged front and rear fascias suggest the target area for the makeover.

But the bigger news comes from under the bonnet. While we won’t see the addition of turbocharging for the Subaru-derived 2.0-litre boxer engine, word on the street is that it will gain 9kW to produce 156kW.

There will also be suspension tweaks to further harvest the 86’s brilliant chassis and front-engine rear-wheel-drive layout.