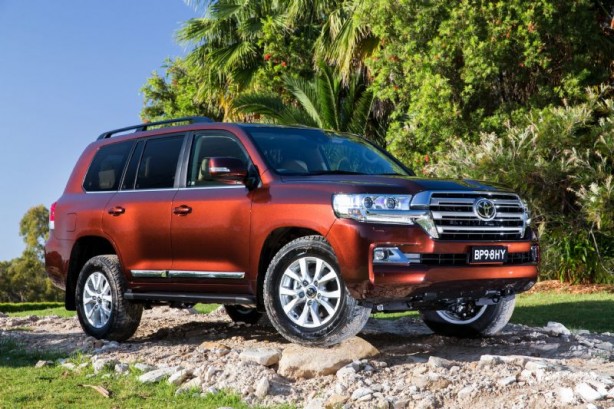 Toyota has released its range-topping LandCruise 200 Series Sahara with innovative cameras that is said to make it easier to manoeuvre the large SUV.

Drivers can now obtain a panoramic view around the Sahara using four cameras – front, rear and in the side mirrors – to provide added confidence with the placement of wheels, both when moving forward and reversing.

The front camera now rotates so that the horizon is always displayed as level on the enlarged in-car display to provide drivers with an intuitive understanding of the tilt angle of the vehicle. 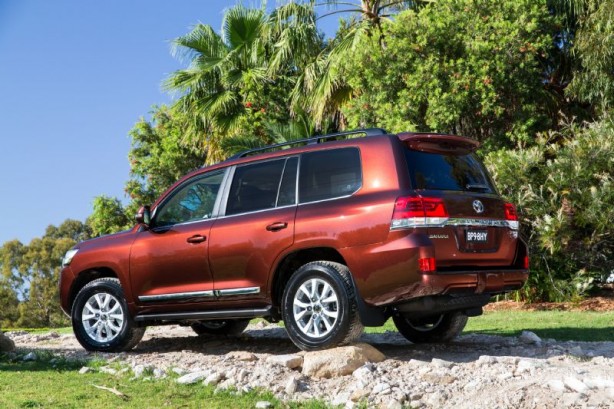 An under-floor view, displaying images taken approximately 3m ahead of the vehicle, allows drivers to see an image that indicates where the front wheels are placed.

These clever features, which Toyota says is particularly useful in tricky off-road situations, have been adopted as part of wide-ranging advances to the legendary LandCruiser 200 Series range that cover everything from styling to performance and safety. 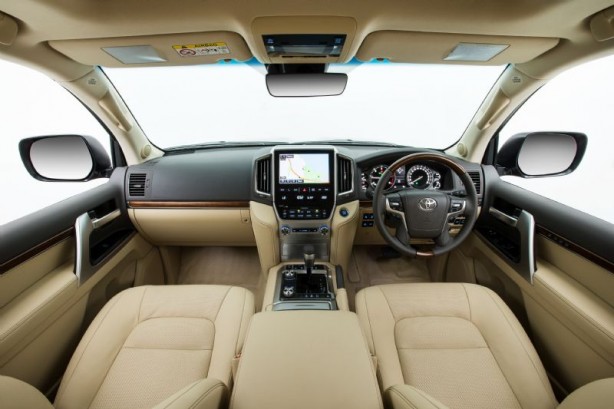 These are in addition to standard safety features across the range that include seven airbags, vehicle stability and active traction control, multi-terrain anti-skid brakes, hill-start assist control, trailer sway control, an emergency brake signal and tilt/telescopic adjustments for the steering column.

Diesel power has increased by 5kW to 200kW, due to new injectors and revised mapping while torque remains at 650Nm. Combined cycle fuel consumption is now a claimed 9.5 litres/100km, an improvement of 7.7 per cent. Along with the addition of a particulate filter, CO2 emissions have improved to 250 grams/litre.

Economy and emissions for the 227kW/439Nm petrol engine have improved to a claimed 13.4 litres/100km and 309 grams/km, gaining from the adoption of secondary air induction through the exhaust ports for faster catalyst warm-up from a cold start. 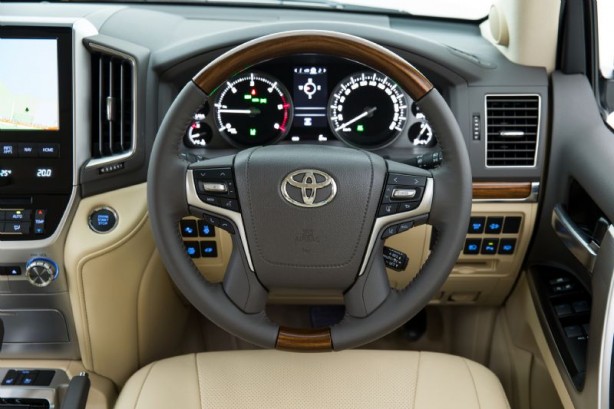 Style wise, all models receive more modern and aggressive styling with a new grille, headlamps, bumper, bonnet and fenders at the front, and a restyled rear that includes LED tail lamps. Upgraded interiors for grades above GX include soft padding around the centre console in areas that come in direct contact with occupants’ legs.

GX is trimmed with grey fabric and GXL with grey or beige fabric while VX and Sahara offer the choice of black or beige for their leather-accented interiors. GX is a five-seater, diesel VX and Sahara have seven seats and all other grades offer eight seats. 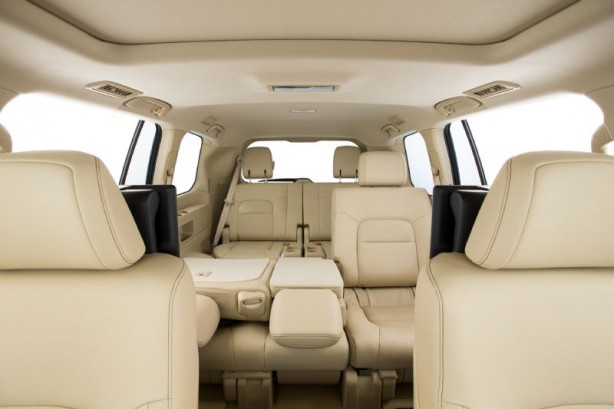 As the entry model to the range, GX also gains a 12-volt accessory socket in addition to its 17-inch steel wheels and snorkel. Its use as a workhorse is reflected in features that include vertically hinged rear door and vinyl floor covering. 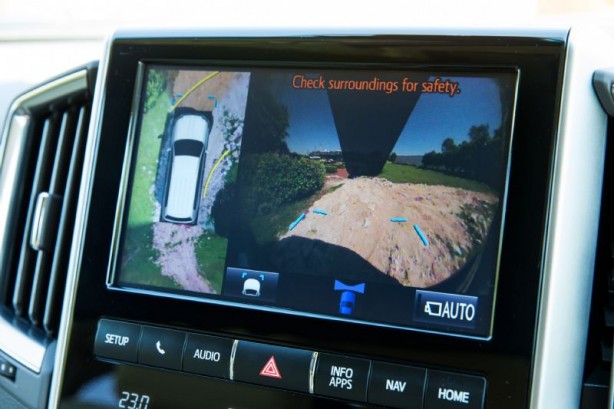 VX steps up with new features that include dusk-sensing bi-LED headlamps that incorporate dynamic auto-levelling. It gains side airbags for the outboard second-row seats as well as LED front fog lamps and daytime running lamps, newly designed Optitron instruments with a 4.2-inch colour multi-information display and a nine-inch touchscreen display (one inch bigger).

At the top of the range, Sahara – in addition to the new safety equipment and other features shared with the VX – gains a wireless smartphone charger and revised rear-seat entertainment with screens mounted on the back of the two front seats.