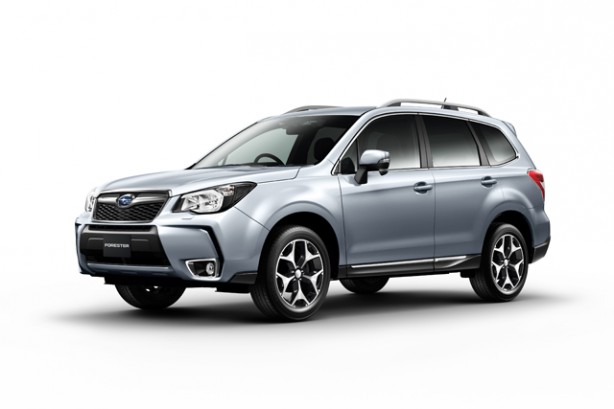 The new Forester will have a more spacious interior with improved legroom and cargo area, despite little change in its dimension compared to the previous model.

Cherry Hill, N.J., – Subaru of America, Inc. today released the first official photos of the all-new 2014 Forester crossover SUV, which will make its North American debut at the Los Angeles Auto Show. The new Forester combines a bolder profile than before while offering a roomier interior with virtually the same footprint as the previous model.

The all-new five-passenger 2014 Forester preserves the optimal blend of SUV capability and car-like ride and handling that have made the Forester one of the Subaru brand’s best-selling models for the past 15 years. Refined (or New) suspension system delivers agile handling and a highly compliant ride quality. Generous 8.7 inches of ground clearance enhances off-pavement driving capability.