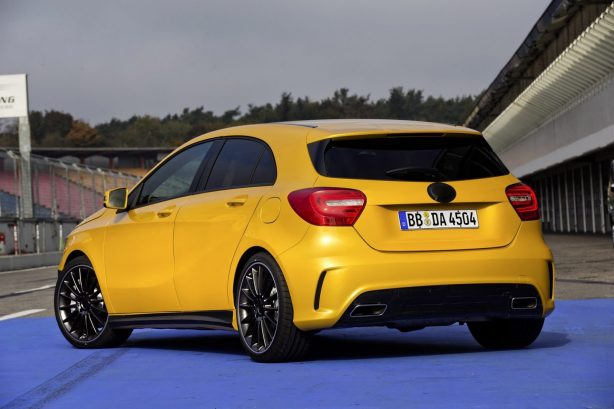 Mercedes-Benz’s most anticipated hot-hatch, the A45 AMG, is almost upon us, with the production car due to be revealed next year at the Geneva Motor Show.

For now though, the German brand is teasing its fans with a barely camouflaged pre-production car. No surprise with the overall shape, as the hatch is based on the just launched Mercedes-Benz A-Class. 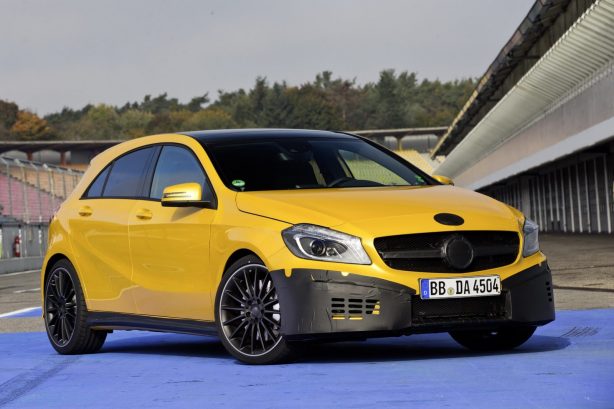 The bits that matter though, like the lower front bumper, grille wings, rear diffuser and side skirts, are all blacked out with tape, as seen in these photos.

However, eagle-eyed readers will likely have noticed that the A45 AMG’s body kit is identical to the AMG Sport styling package offered on the standard models. The only distinguishing difference being the A45 AMG wears 18-inch multi-spoke alloy wheels, honeycomb grille inserts and trapezoidal tailpipes, instead of oval. 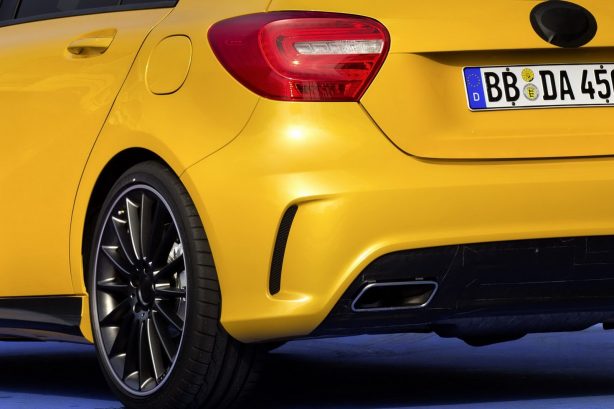 The headline act, though, is what’s underneath the bonnet. The A250’s 2.0-litre turbocharged four-cylinder, direct injection engine has been heavily massaged by AMG engineers. The result is 260kW (350hp) of power and 450Nm (332 lb-ft) of torque driving all four wheels. 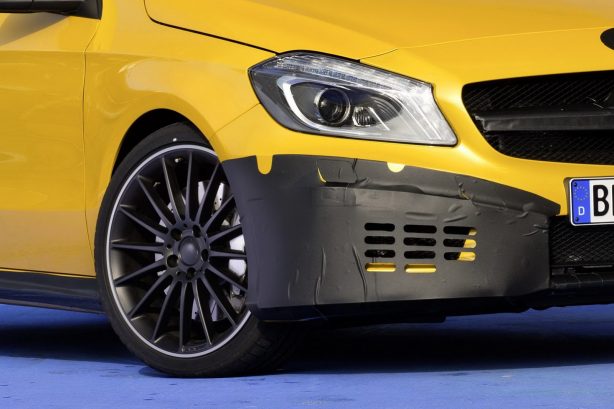 The engine is mated to an AMG Speedshift DCT 7-speed dual-clutch transmission.

Besides the powerplant, the boys (and girls) at AMG have also toughened up the chassis with new suspension and steering system settings and components. The hot-hatch’s tracks are also wider while the blistered wheel arches house bigger brakes. They have also reworked the car’s electronic aids for a sportier feel.

The A45 AMG will go on sale late next year.