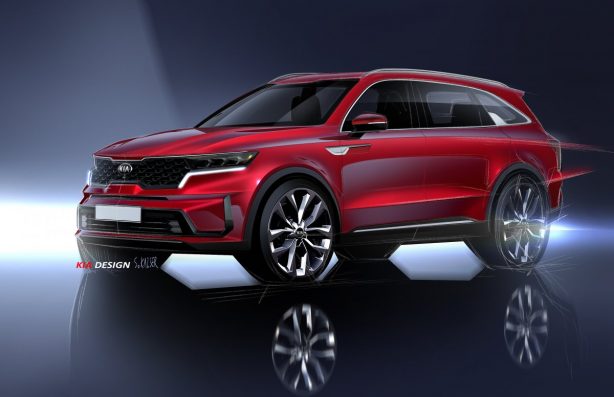 Kia has released a second teaser of the upcoming Sorento SUV, in anticipation of its debut on March 3 at the Geneva Motor Show.

Released today are computer renderings of the brand’s flagship SUV, including shots of the interior. Looking bolder and edgier than the outgoing model, the new Sorento is set to continue Kia’s contemporary styling with a bolder and edgier design. It also adopts a few design cues from its smaller sibling, the Seltos. 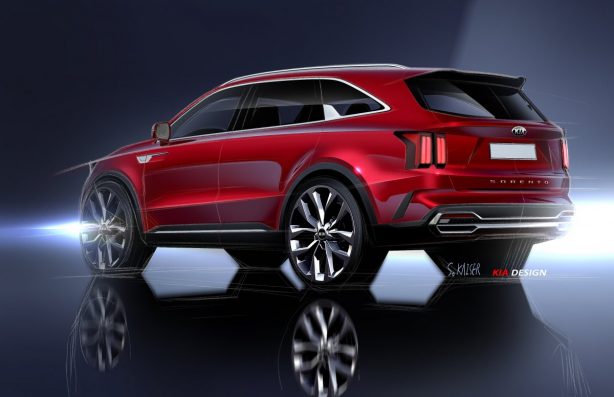 But what interests us the most is the new interior, which sports two digital displays on the redesigned dashboard. Similar to the Mercedes-Benz system, the screens are arranged side by side to form a fully digital dashboard with the centre screen being the infotainment touchscreen and the screen behind the steering wheel being the digital instrumentation.

The rest of the cabin design looks to have a more premium feel, including a revamped centre console with more expensive looking switchgear.

As the first model based on Kia’s new-generation midsize SUV platform, the new Sorento is said to raise standards in its segment for practicality, offering space on a par with larger vehicles. The new model also marks the first-time adoption of hybrid power in the Sorento line-up.

Kia is targeting the global SUV market by applying a range of innovations to the new Sorento, including advanced driver assistance systems and progressive connectivity and infotainment features.

A mainstay of Kia’s global line-up, more than three million Sorento models have been sold worldwide since it was launched in 2002. The all-new Kia Sorento will be revealed for the first time on March 3.