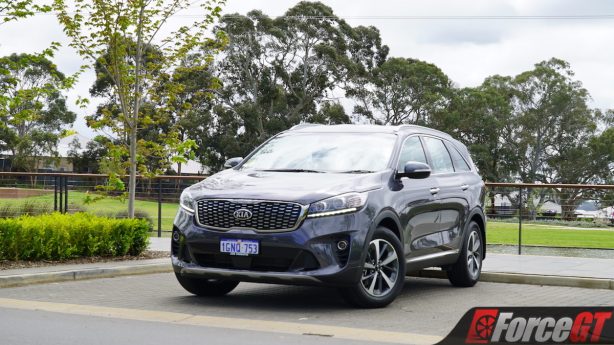 It’s been about a year since the Kia Sorento received a major overhaul, and the heavily revised model has been doing well since the new version hit showrooms.

The South Australian Police have taken on a fleet of them as general-duty cars, and exposure such as that seems to have been helping it sell respectably well.

However, the large seven-seat SUV market has been one of the most interesting over the past year, with some seriously good cars coming out of it. No doubt any of you reading are aware of the Mazda CX-9’s highly-awarded reign as the pick of the bunch, and the Kia’s Sorento has stiff new competition from the closely-related all-new Santa Fe sold by its parent company Hyundai.

While we had a look at the entry-level Si variant earlier in the year, Kia asked us if we’d like to have a look at the Sport model – which is one step up in the range – to see how it compares to its revised competitors, and to see if it’s worth stepping up from the base model. 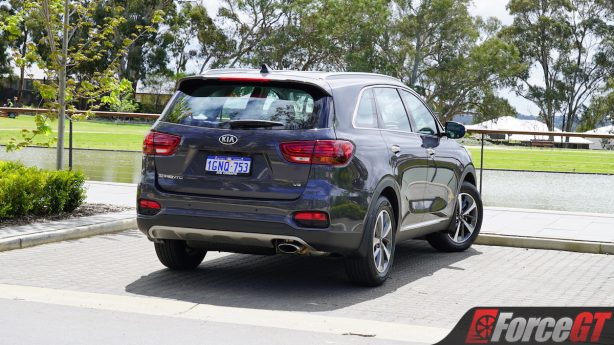 Pricing for the Sport starts at $44,990 when equipped with the sole petrol engine as our tester was, which presents a $2,000 hike over the base model with the same drivetrain. Metallic paint is the only option available for the Sport, or indeed any variant of the Sorento.

For the extra spend, the Sport model mainly gains niceties such as leather seat upholstery, larger and more attractive 18-inch alloy wheels, and… well, that’s it.

As far as I can see, the only reason the Sport would gain only these two improvements is because of just how comprehensive the Si’s list of standard equipment is. 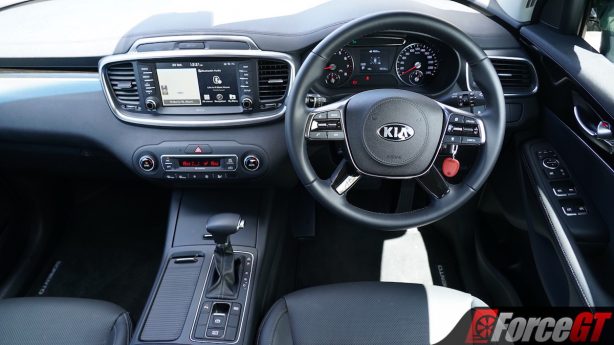 With an eight-inch infotainment system with satellite navigation and smartphone mirroring, digital radio, dual-zone climate control, automatic headlights, and front and rear parking sensors, it’s not like there’s much more that could be crammed into the interior. Although, if I may be so bold as to ask for it, heated seats would be a nice inclusion with the step up.

There’s not much safety equipment either this, or the base model, are missing out on, with both offering autonomous emergency braking, forward collision warning, driver attention alert, lane-keep assist, and adaptive cruise control as standard.

It is worth noting, however, that all variants bar the range-topping GT-Line do miss out on blind-spot monitoring and rear cross-traffic alert.

I will say that I do feel the leather seats uplift the Sorento’s cabin ambience and comfort a worthwhile amount, and the larger wheels do improve on its exterior looks too, so while the extra spend may be hard to justify considering how little you gain, it does make it a slightly nicer package overall. 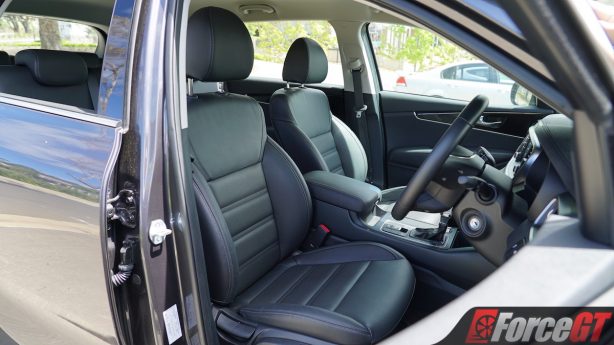 But regardless of interior trim, the Sorento is packaged pretty well on the inside, with excellent headroom and legroom for first and second-row occupants, along with comfortably padded armrests and a good array of drink holders, while the two third-row seats are only spacious enough for adults on shorter trips.

Mechanically, the same two drivetrains that underpin the rest of the Sorento range are available in the Sport, with our tester fitted with the naturally aspirated 3.5-litre V6 petrol, which is backed by an eight-speed automatic transmission that channels the power to the front wheels alone.

With 206kW and 336Nm on tap, the petrol Sorento certainly isn’t wanton for power, with a good amount of shove to it in a straight line, that is accompanied by a relatively decent soundtrack. 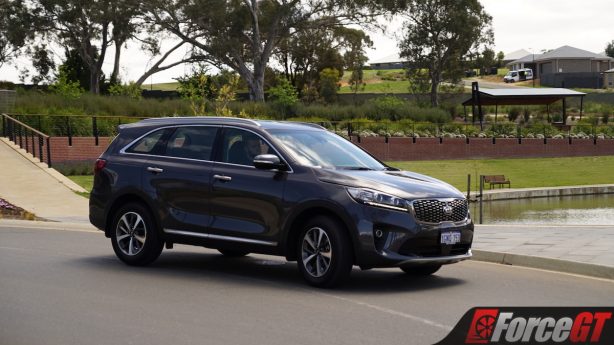 That said, we do wish this engine was available with all-wheel drive as with only the front wheels handling the power, it can get a bit hairy, with massive amounts of wheelspin off the line with any more than about 20 per cent throttle, while attacking the loud pedal too quickly on the exit from corners does highlight quite the amount of torque steer.

The Sorento does handle quite well for its size, however, with its electric power steering feeling fairly direct and appropriately weighted – not too heavy, but not too light – allowing for good control.

Its locally-tuned suspension is right on the money too, offering good bump absorption while remaining firm enough for it to stay fairly flat through the bends. 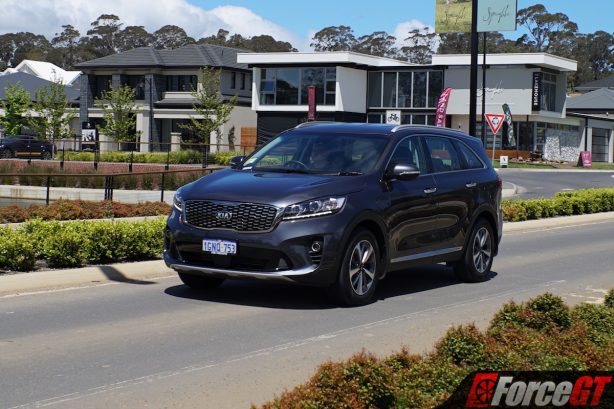 For $3,500, you can have the Sorento with a 2.2-litre turbo diesel four-cylinder hooked up to a part-time all-wheel drive system, which we would certainly still like to have a go in. We can guess that it’d be a pretty good bet, however, having previously tested this drivetrain in upscale variants of the Hyundai Santa Fe.

Despite offering all-wheel drive, the diesel should be a bit lighter on your hip-pocket than the V6 too, as the big petrol engine with only multi-point injection drank a claimed 11.1L/100km during our week with it. 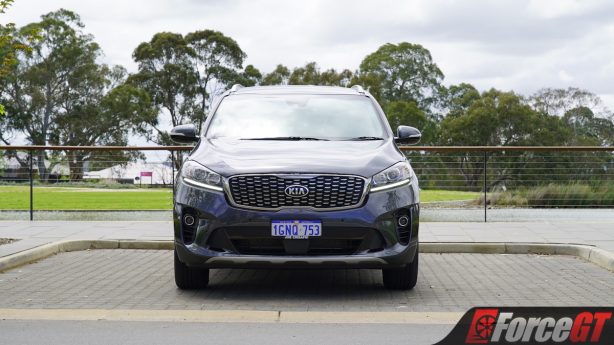 The Kia Sorento is a strong competitor within the large seven-seat SUV segment, offering strong levels of standard equipment from the base-model all the way up to the range-topping GT-Line and a surprisingly refined driving experience with its smooth V6 engine.

But while all variants appear to be good value for money, the Sport variant presents a bit of a conundrum. While the base Si offers everything that you’d ever need as the Sport offers little extra, for some it may be worth the $2,000 premium for a nicer look inside and out.

Personally, I think you’d be better off spending a little bit more still and stepping up to an SLi if that’s what you’re after, while the Si remains a solid choice for budget-minded buyers. As for the outlier that is the Sport, it feels slightly redundant as a result, although if you can sweet-talk your dealer and get a decent discount, it’d be worth getting over the base model.

Previous 2019 Audi Q8 checks in from $128,900
Next Video: Woman hilariously tries to fill up Tesla Model S at a petrol station