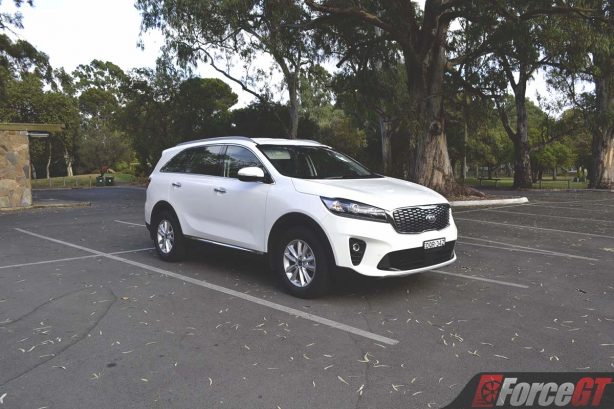 How do you improve upon something that is already good?

That’s the challenge Kia was presented with when it came to facelifting the Kia Sorento for 2018. There was nothing inherently wrong with the original; in fact, when we drove it in 2015 we were mighty impressed with its hugely improved interior and general dynamics.

Kia Australia’s Chief Operating Officer said: “… as good as it was we listened to our customers and the industry commentators who identified areas in which could be improved. This latest version of the Sorento incorporates changes suggested by that open feedback”.

Chief amongst the changes is Kia’s in-house eight-speed automatic transmission which replaces the old six-speed auto across the board, and a further finessing of the Sorento’s Australian-specific ride and handling. 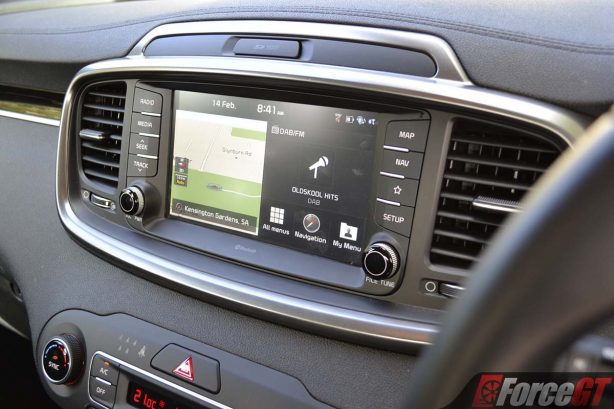 Inside, the general dash layout and textured materials are unchanged, although the infotainment screen has grown in size from 7-inch to 8-inch and now brings Apple CarPlay and Android Auto smartphone mirroring for added convenience.

There’s also a new four-spoke steering wheel (although we prefer the old sportier looking three-spoke wheel) and revised driver information cluster ahead of the driver.

Autonomous Emergency Braking (AEB), Lane Keeping Assist, Driver Attention Alert and Adaptive Cruise Control are now standard across the board, bringing the Sorento on par with its competitors like the Mazda CX-9 and Toyota Kluger.

As expected from Kia these days, fit and finish is up to the usual high standard, too. 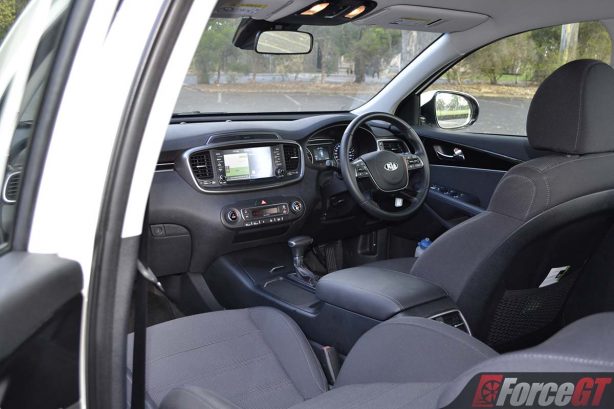 The line up has been revamped for 2018 as well, with price increases across the range to account for the enhanced specification.

Even with trained eyes like ours, it isn’t easy to spot the facelifted Sorento from the old model. Look closely and there’s the customary restyled front fascia with revised front bumper and headlights, along with a glitzier dark metallic finished ‘tiger-nose’ grille. 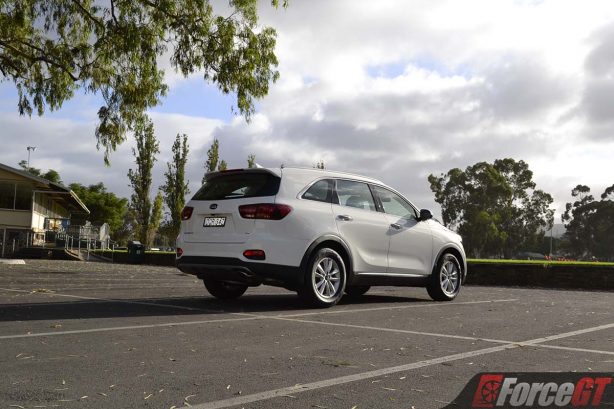 Around the other end, the rear bumper has also received a makeover and all variants now have a chrome exhaust. Rounding out the exterior renovation is freshly minted 17-inch alloy wheels on our entry-level Si, and new 18- and 19-inch wheels for higher grades variants.

The Sorento’s colour palette has also been widened with the new Gravity Blue paint, although our test car comes in police car-spec Clear White paint work.

While the Sorento’s cabin is still a nice place to be, with wide comfortable seats and richly textured materials all around, it is starting to date compared to newer offerings like the sharp looking Mazda CX-9’s undeniably premium interior.

With the re-profiled front and rear bumpers, the Sorento is now 20mm longer than before, measuring 4,800mm. Height and width remain unchanged at 1,690mm (with roof rails) and 1,890mm, respectively. 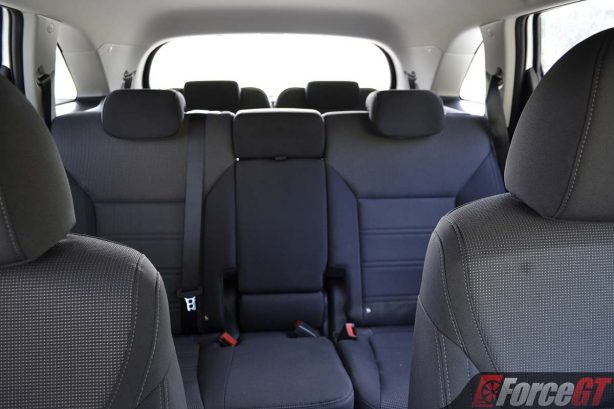 That means its light and airy cabin stays the same, with excellent head and legroom both on the front and 2nd row of seats. Those relegated to the 3rd row might yearn for a little more headroom although the legroom can be improved by sliding the 2nd row of seats forward.

When not in used, the 3rd row can be folded flat to increase luggage capacity to 605 litres, which sounds huge, but the Mazda CX-9 has 810 litres. With all seats up, there’s just 142 litres to play with.

There is plenty of storage around the cabin, with an enormous centre console bin that easily fits a laptop. There are two cupholders in each row and a big bottle holder in each door, too. 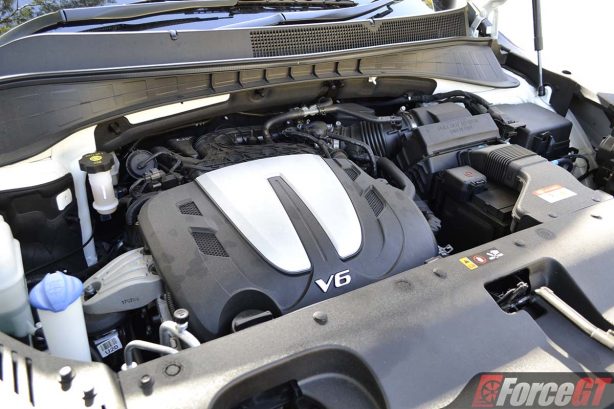 The petrol is available only with front-wheel drive, while the turbo diesel is paired with all-wheel drive.

It’s a shame because there is quite noticeable wheel spin at anything more than 20-30% throttle application in the front-wheel drive, even in the dry. It’s as if you almost need to start in 2nd gear as the front wheels are overwhelmed by the torque.

Having said that, I like the responsiveness of the V6 and its silky power delivery, thanks to the new 8-speed automatic. 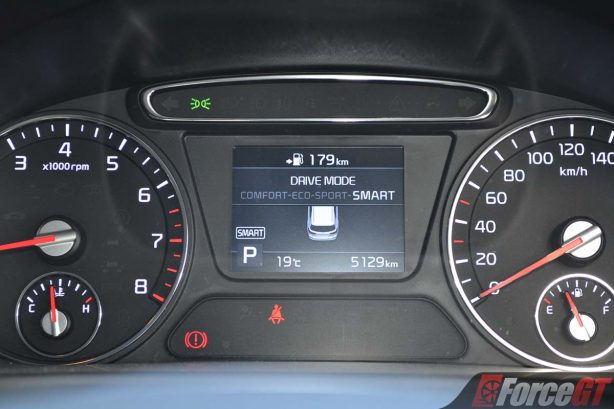 I left it mostly in Smart Mode as the computer works out my driving style and road conditions and automatically switches between the other three modes for optimal response.

We do however welcome its ability to brake on downhill descent to keep the speed in check.

The Sorento has always been a tidy handler and Kia has improved upon this aspect further. Its ride is compliant around town, smoothing out any road dimples with ease, while body roll has been reduced for a more planted feel. However, the Sorento doesn’t feel as agile or dynamic as the new CX-9.

You are quite aware of its heft and despite its precise steering, there’s not enough feedback coming through to let you accurately place the big Korean SUV on the road.

Kia says the V6 should use 10.0L/100km of unleaded fuel in combined driving conditions.

However, the best we managed after a week of testing on a combination of crawling through Adelaide’s road works infested urban streets (70% of the time), before blasting through the winding roads up in the Adelaide Hills and cruising along the freeways is 12.1L/100km.

Kudos to Kia for making what is good even better.

However, three years is a long time in the car world and with the arrival of more accomplished rivals like the Mazda CX-9, the Sorento isn’t the best in class anymore.