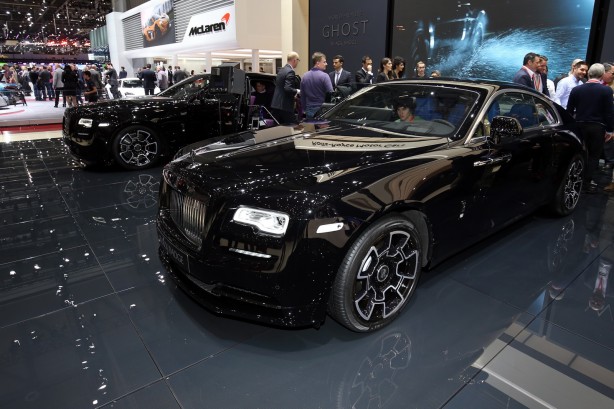 Rolls Royce displayed two stunning Black Badge examples of their Ghost and Wraith models at the Geneva Motor Show. The automaker intends to market these vehicles to a younger, sportier crowd while broadening their customer base beyond the typically mature buyers seen driving their cruisers.

Giles Taylor, Director of Design at Rolls-Royce mentioned: “In creating Black Badge, we were conscious of satisfying the different demands of these new customers”. He continues to say “Not only did they demand an alternative image for themselves, they demanded authentic Rolls-Royce engineering substance to underpin it”. 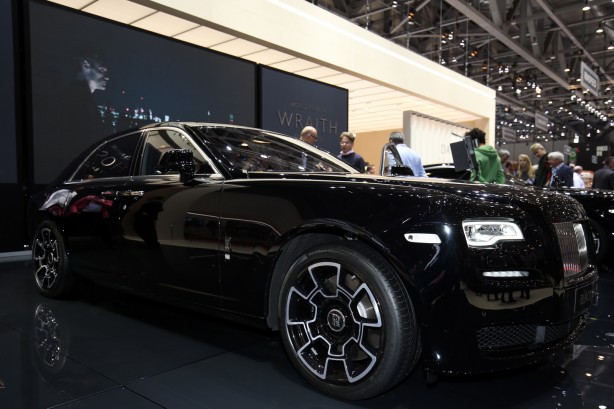 The exterior features a black on black paint scheme starting with all chrome surfaces such as the front grille, boot lid finisher and intake turned black. Even the exhaust and signature hood ornament are blacked out with the only exception being the silver double-R badge. 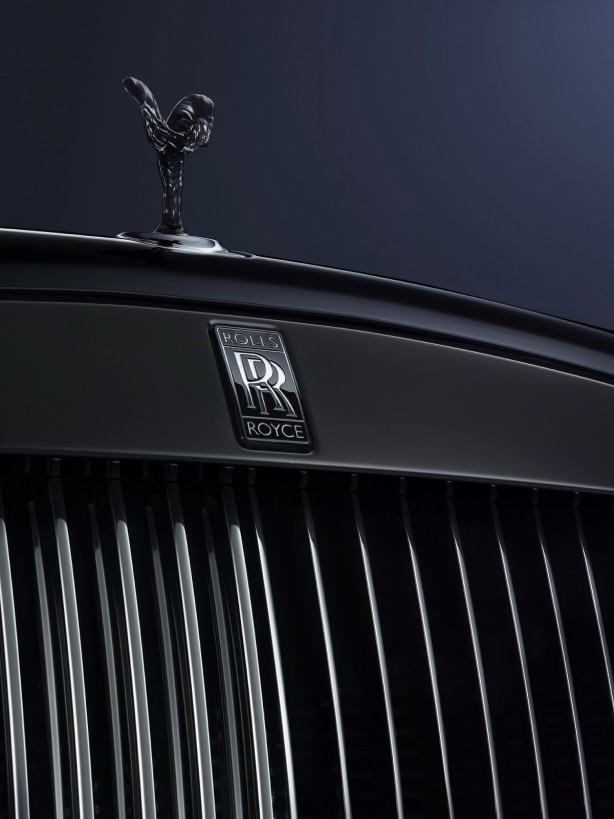 Exclusive to the Black Badge are a set of composite carbon wheels. The wheels layup consists of 22 carbon fibre layers painstakingly folded back onto themselves to create a 44 layer structure. Incase carbon wheels wasn’t impressive enough, the hub is constructed from aircraft grade aluminum and secured to the rim using aerospace grade titanium bolts.

The Black Badge Ghost will keep its regular BMW N74 6.6-litre V12 engine. However, it’s been tweaked to produce an extra 30kW and 60Nm of torque bringing the total output to 450kW and 840Nm. The added power should make a noticeable difference driving 2,490 kg behemoth around. The power plant puts power to the ground via an eight-speed automatic transmission. 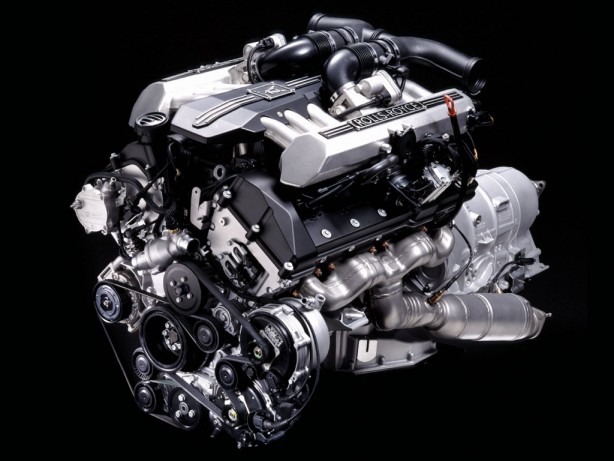 The Wraiths engine doesn’t gain any additional power, it still sits at 465kW. However, Rolls Royce claims the engine now produce an additional 70Nm of torque.

Both models now sport what Rolls like to call “Intuitive Throttle Response”. In essence, the transmission will hold gears for around 25% longer or between 300 and 500 rpm higher than where they previously shifted. Black Badge models will also rev all the way up to 6000 rpm if it senses the throttle is between 80-100%. The idea is that drivers will be able to keep their vehicles in the power band for longer allowing for a more spirited/fun drive, although realistically can you see this Roller being driven any differently to any other out there? Who knows maybe the Ghost or Wraith will become track monsters… unlikely.

Rolls Royce confirmed that the Black Badge series will remain a permanent option for both the Ghost and Wraith. 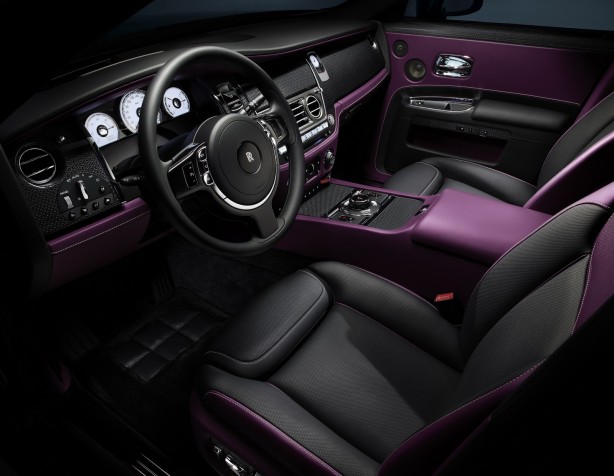