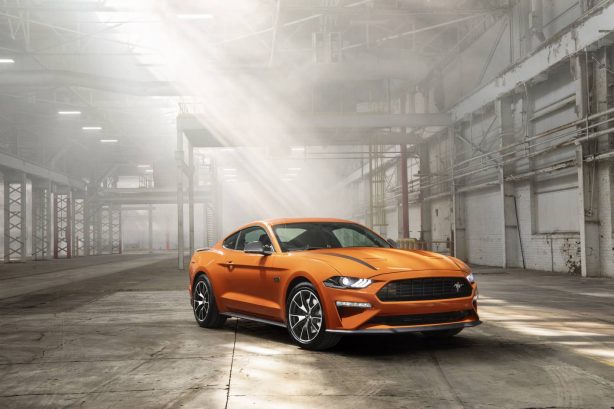 The 2020 Ford Mustang 2.3L High Performance will succeed the EcoBoost in Australia next year as Ford upgrades its entry-level four-pot Pony.

Developed by Ford Performance and shared with the Focus RS, the 2.3L High Performance gets more power and torque, along with a raft of added features compare to its predecessor.

Developing 236kW at 6,200rpm and 448Nm of torque at 3,800rpm, the 2.3L now boasts “the highest output for a road-going production Mustang four-cylinder in history,” courtesy of a larger 63mm twin-scroll turbocharger donated by the Focus RS.

Ford Mustang Chief Program Engineer, Carl Widmann says the updated model is not only more powerful than it’s predecessor but has broader torque curve that delivers 90 percent of peak torque between 2,500 and 5,300rpm. Its horsepower also holds stronger up to the 6,500rpm redline – enabling more usable power and torque. 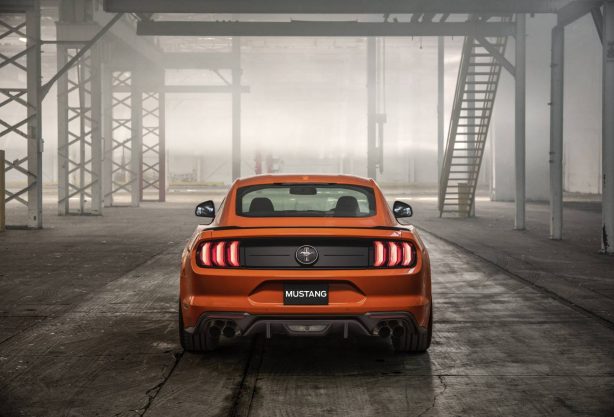 It is paired with either a traditional six-speed manual or Ford’s new 10-speed paddleshift automatic, both with shortened gear ratios of 3.55:1 compare to MY19 models’ 3.31:1 to further improve agility and driver engagement.

With 53/47 front-to-rear weight distribution, the turbocharged Mustang is also more balanced than before, while thicker stabilizer bars (32mm front and 24mm rear) is said to bring greater control and compliance.

Additionally, the Mustang 2.3L can now be optioned with Ford’s MagneRide adaptive dampers for more “tweakability’.

Inside, more premium and tactile materials can be found along with a fully customisable 12.4-inch digital instrument cluster and leather upholstered seats.