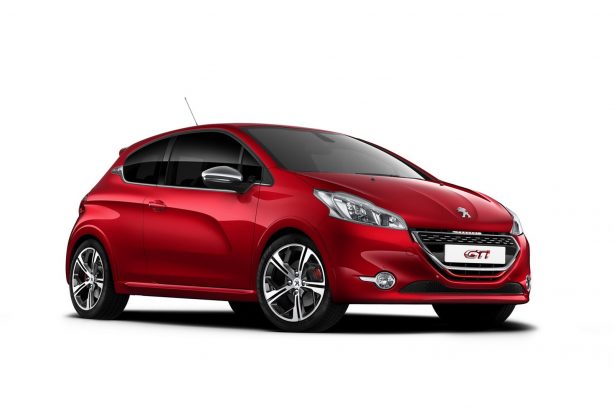 Peugeot’s latest hot hatch, the 2013 Peugeot 208 GTi, isn’t due for its public reveal until the 2012 Paris Motor Show, but the company has decided to pull the wraps off it now, at least on the web anyway.

Powered by a 1.6-litre turbocharged four cylinder engine that is shared with the RCZ Coupé, it dishes out 147kW and 275Nm, almost twice as powerful as its predecessor, the 205 GTi with 75kW. The result is triple digits in just 7.0 seconds, making it one of the quickest hot hatches in its class. 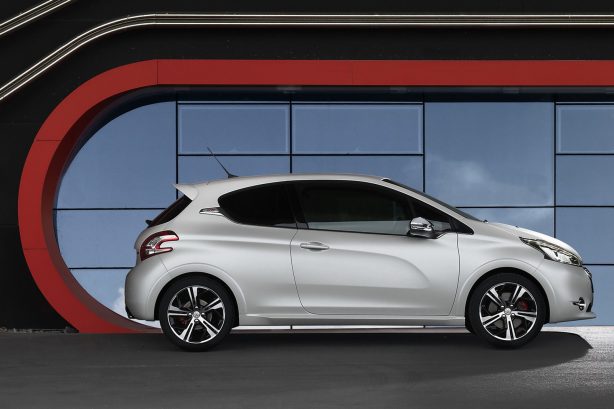 Peugeot has also been working hard to keep the 208 GTi light. It tips the scales at 1160kg. This will aid handling and fuel economy, figures which are yet to be released.

Compared to the normal 208, the GTi’s track has been widened by 10mm at the front and 20mm at the rear. Its ride height has also been dropped, thanks to revised and much more sporty MacPherson strut front and torsion beam rear suspension.

Aesthetically, the 208 GTi gets unique front grille, red-painted brake calipers and LED daytime running lights, while the pre-requisite GTi badge sits at the tip of the lower window sill extension on the C-pillar. It rides on ‘Carbon’ 17-inch alloy wheels and sports an aggressive aerodynamic enhancement kit with front and rear spoilers, side skirts and flared wheel arches. 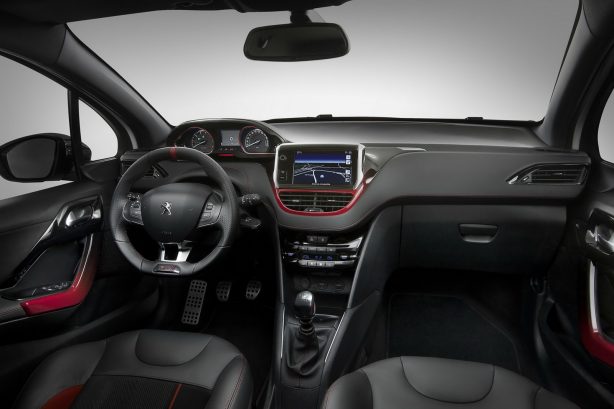 Inside, the 208 GTi’s gets a paired of sports bucket seats, aluminium pedals and bespoke instrument cluster and speedometer. Various trimming details are also painted to match the body colour.

The 208 GTi will arrive in European showrooms in the first half of 2013, with an Australian debut expected later in 2013. Meanwhile, the bread and butter Peugeot 208 range will appear in local showrooms in the next few weeks. 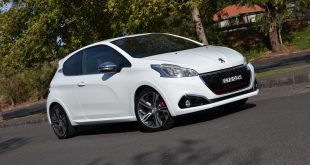 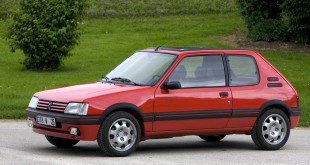 Peugeot 205 GTi takes out the ‘Greatest Ever Hot Hatch’ crown 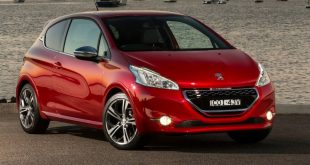 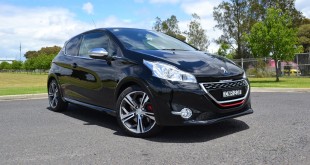