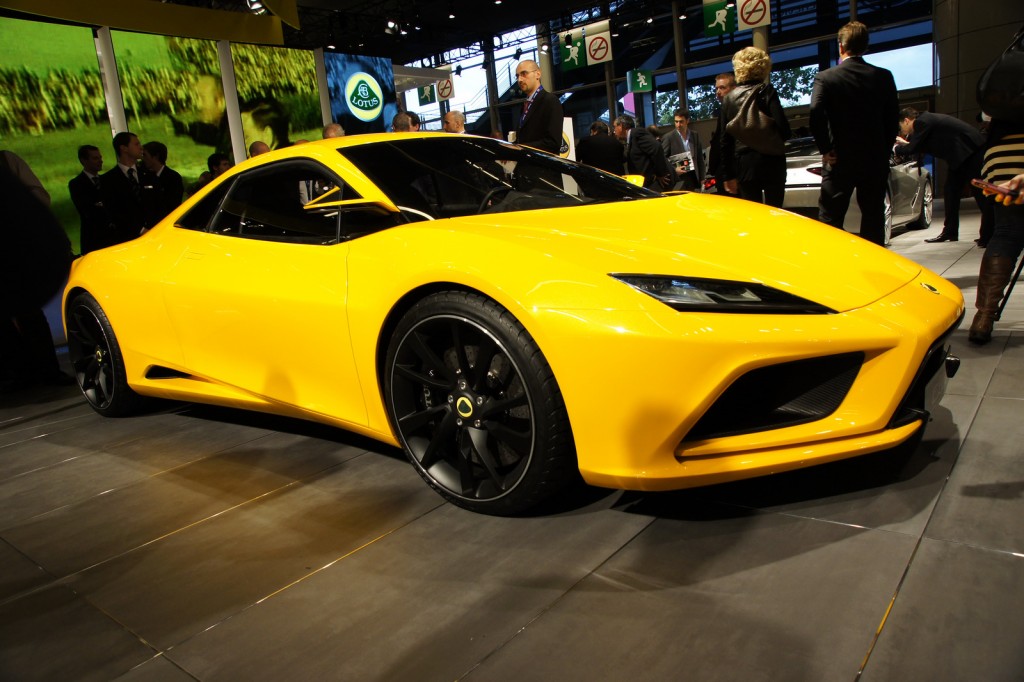 As we mentioned in an earlier article about the new Lotus Esprit, the Lotus stand at the Paris Motor Show just has so much to offer compared to the other exhibitors. Shown here is the new baby Lotus, the Elan, in its trademark yellow colour. The Elan will be offered as either a 2 seater or a 2+2 layout. From the photos, you might think that it looks quite similar to its bigger brother, the new Esprit, and we don’t blame you for that. It does resembles the Esprit.

Like any other Lotus sports car, the Elan is mid engined and spots a 4.0 litre V6 sourced from Toyota. Power output is rated at 450 horsepower and 465 Nm of torque. A new 7-speed sequential gearbox transfer the power to the wheels. Tipping the scale at 1,295 kg, this lightweight Elan sprints from 0-100 km/h in just 3.5 seconds and on to a top speed of 310 km/h. Compared to the previous Elan, this new model has entered a completely new category of cars – the supercar club.