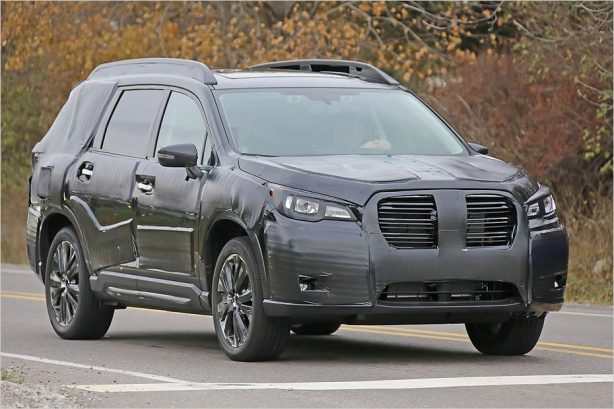 You might recall the not so successful large SUV from Subaru called Tribeca which went out of production several years ago. Well, it seems the Japanese car maker is making a comeback to the full-size family crossover segment with a next-generation model.

Caught undergoing real world testing in America, this heavily camouflaged prototype is the strongest proof that Subaru is readying a new seven-seater SUV to take on the likes of Mazda CX-9, Toyota Kluger and Volkswagen Touareg.

And while little is being revealed at this stage, it’s almost certain that the next Tribeca will be based on the Subaru VIZIV-7 Concept that premiered at the 2016 Los Angeles Auto Show.

At launch, Subaru said the VIZIV – which stands for “Vision for Innovation” – is the latest in a concept series that embodies the company’s vision of car development for “enjoyment and peace of mind”. The SUV concept also served to express the company’s core brand values of safety, dependability, capability for outdoor activities and a forward looking attitude. 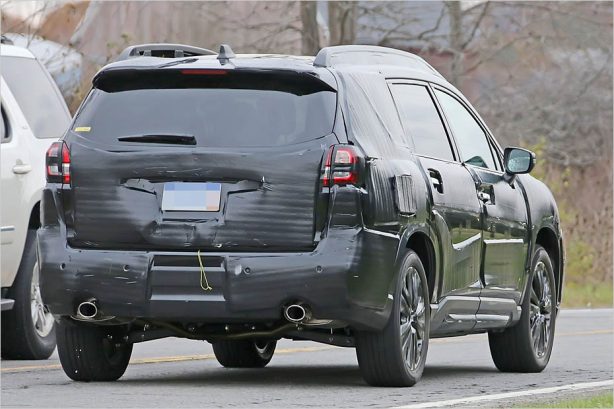 It’s said that the next Tribeca will be the largest vehicle ever offered by Subaru. The VIZIV-7 measures 5200mm in length, 2,030mm in width, 1860mm in height and has a 2,990mm wheelbase, making it 336mm longer, 153mm wider and 140mm taller than the previous Tribeca. Its wheelbase is also a significant 242mm longer.

Technical details are scarce but expect a new 2.4-litre turbocharged direction-injection boxer petrol engine which will be paired with Subaru’s symmetrical all-wheel drive. A first ever petrol-electric hybrid or plug-in hybrid powertrain is also speculated to be on the cards.

If all goes according to plan, the new Tribeca is expected to debut late 2018.