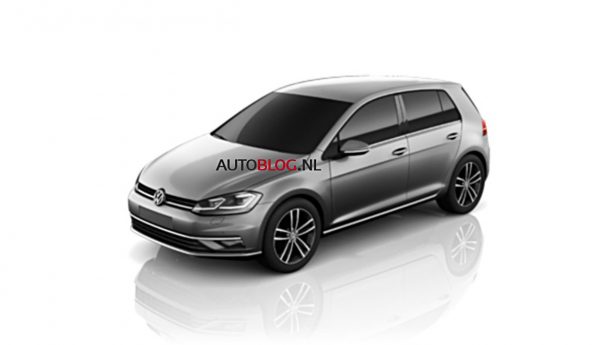 The countdown has begun: Volkswagen will be unveiling its extensively updated 2017 Golf in early November.

On sale since 2012 in Europe and 2013 in Australia, the seventh-generation Golf is due for a mid-life update that will see a raft of new technologies introduced to VW’s most popular car, including gesture control on top end model and a first for the segment.

According to reports, the new infotainment and gesture control system will be made up of three digital displays and 5 in-car sensors. A larger 9.5-inch high resolution display will replace the current system, while a smaller 8-inch screen will take over the instrument cluster.

The updated cabin will be largely ‘button-less’, with most controls operated via gesture control or via the new digital display which will feature haptic feedback.

Outside, the updated Golf is expected to look very similar to the images depicted here, which we published earlier. There will be new LED headlamps to match the restyled front bumper, while at the other end, a new rear bumper is also on the cards.

The Golf’s current range of engines is expected to be carried over unchanged.

Previous Drift King, Keiichi Tsuchiya unveils restored Toyota AE86 for WTAC
Next Mercedes driverless cars to save driver instead of pedestrians in crash