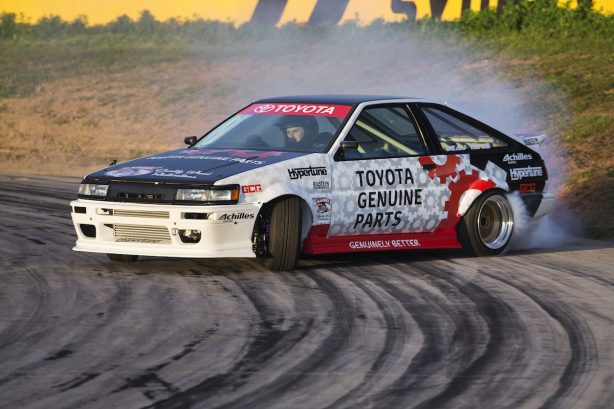 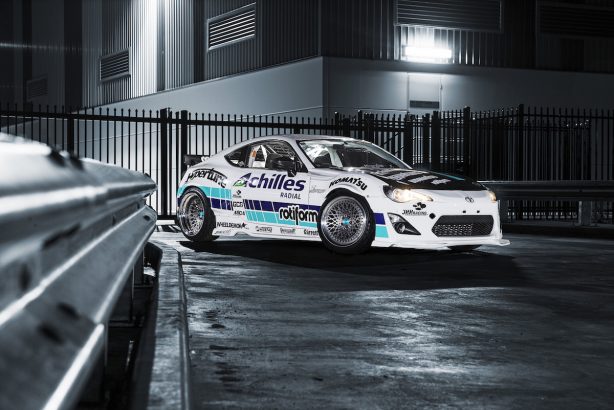 Lovingly restored with the support of Toyota Genuine Parts team, the AE86 was rebuild with new body components, panels and trim pieces and will take centre stage with Tsuchiya-san behind to wheel for special drifting demonstration over the two-day WTAC schedule (Oct 14-15).

Powered by a highly-modified turbocharged 2.0-litre (3S-GE BEAMS) four-cylinder engine, Beau’s AE86 is part of Australian drifting history, having taken him to victory in the Drift Australia Championship back in 2006. 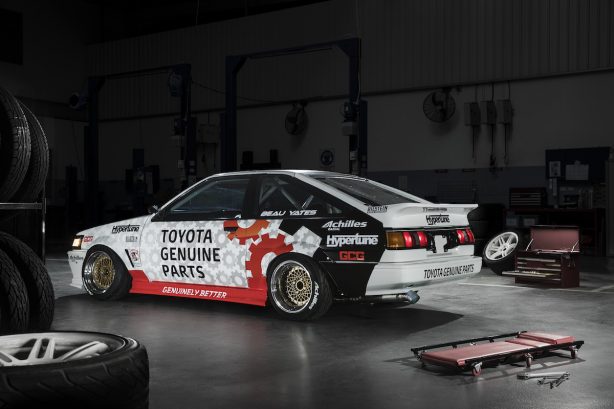 Yates says it was a big job, but he was determined to do whatever it took to restore the car.

“There’s something about this car. I’ve owned it since 2003 and it definitely means a heap to me,” Beau said. 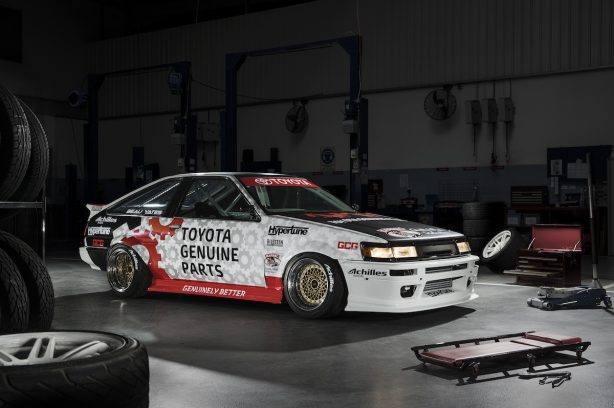 “We’ve renewed everything from the full driver’s side strut tower and chassis rail, to exterior pieces including the headlights and grille, and they were all available new through Toyota Genuine Parts,” he said.