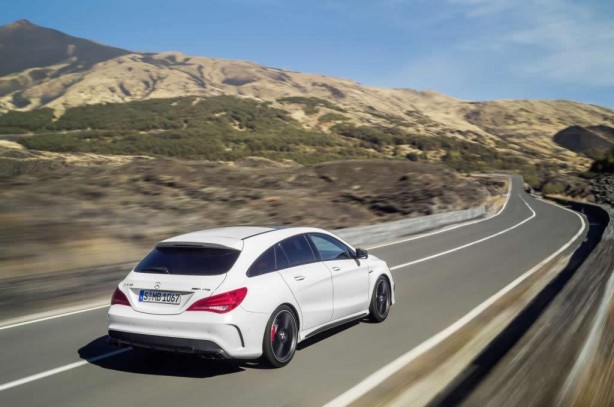 Mercedes-Benz has taken the wraps off the new CLA Shooting Brake, after months of media speculation.

While most of its potential buyers won’t be buying the car for its extra luggage space, which has grown from 471 litres with the rear seats up to 495 litres (1,354 litres with seats folded), most will be won over by its looks.

In fact, the CLA Shooting Brake looks better proportioned than the Mercedes CLA, with its downward sloping roof giving it more visual weight at the back. 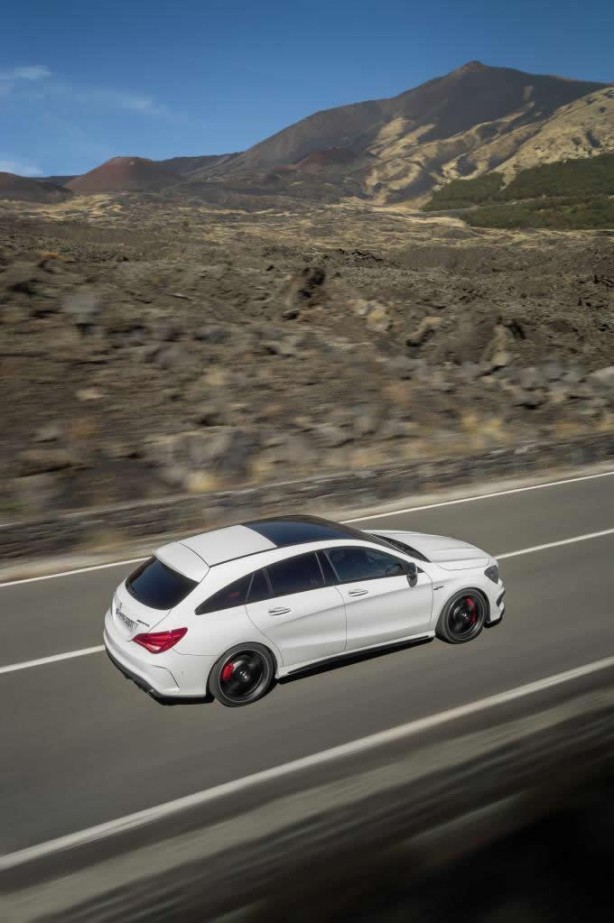 The small wagon measures 4,630mm in length, 1,777 in width and 1,435mm in height. It will initially be available with a choice of two diesel and three petrol engines, as well as with 4MATIC all-wheel drive in certain markets. 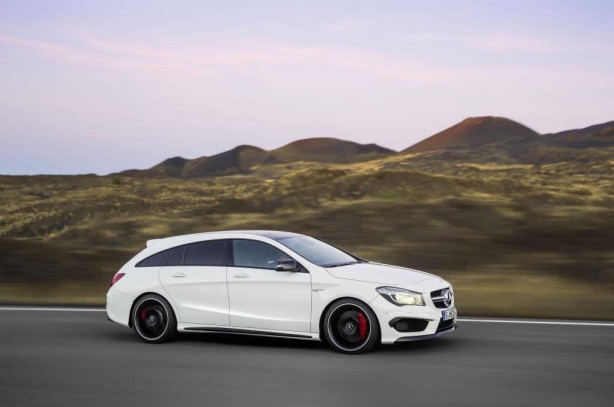 The range is topped out with the CLA 45 AMG Shooting Brake, sharing the potent 2.0-litre 4-cylinder turbocharged petrol engine as its hatch sibling that churns out 265kW (360HP) of power and 450Nm of torque between 2,250-5,000rpm. It drives a 4MATIC system through a seven-speed AMG dual-clutch transmission, enough to propel the hot wagon from 0-100km/h in 4.7 seconds before hitting a top speed of 250km/h.

Mercedes will be offering a limited edition OrangeArt Edition model at launch. It is equipped with orange trim as well as selected features, such as the AMG Line and Night package, 18-inch AMG multi-spoke light alloy wheels that are finished in black with an orange rim flange, orange highlights on the front and rear aprons and bi-xenon headlights featuring orange highlight rings. 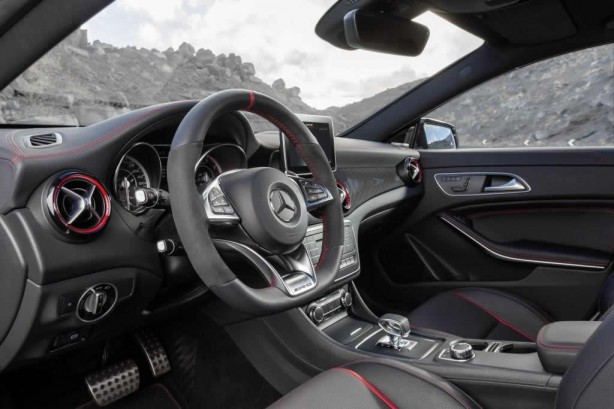