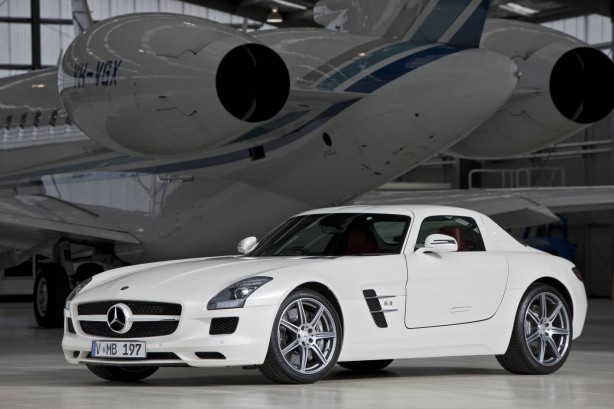 When the words ‘Black Series’ precedes the name of a Mercedes-Benz AMG, you can bet on your first born that it will be the most ferocious model in the range…C63 AMG Black Series, anyone?

The SLS you see in the video here is a test mule for the 2013 SLS AMG Black Series (SLS AMG pictured above). The wider wheel-arches and thunderous exhaust system are dead give-aways.

According to some Nürburg insiders, the super hot SLS will be putting out a colossal 660hp (492kW), that’s 69hp more than the SLS GT. Mated to a fast shifting 7-speed DCT gearbox, that transfers all the hard working horses to the fatter rear tyres, the SLS Black Series really means business.

The Mercedes-Benz SLS AMG Black Series is expected to debut in 2013.

In the meantime, you can listen to the sweet sounds of the SLS AMG Black Series being put through the torturous Nürburgring.