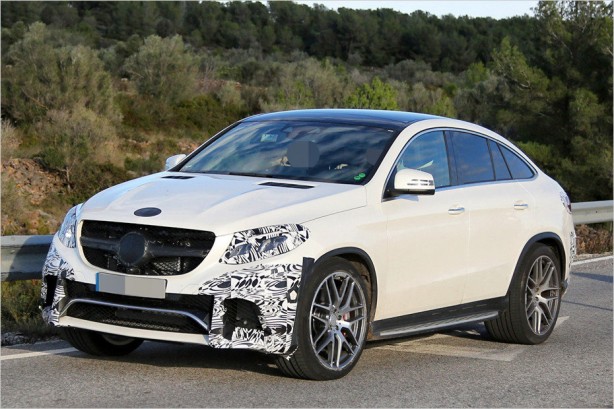 Mercedes’s answer to the BMW X6 inches closer to production, as new spy photos show an almost undisguised GLE coupe. The crossover is expected to premiere at the upcoming Detroit Auto Show in January 2015.

Based on the company’s M-Class platform, the GLE coupe range will consist of both standard models and AMG variants. Caught testing on public roads, the prototype shown here is the top dog GLE 63 AMG, with the usual treatment from Affalterbach consisting of sportier front and rear bumpers, larger air intakes and square quad exhaust tips. 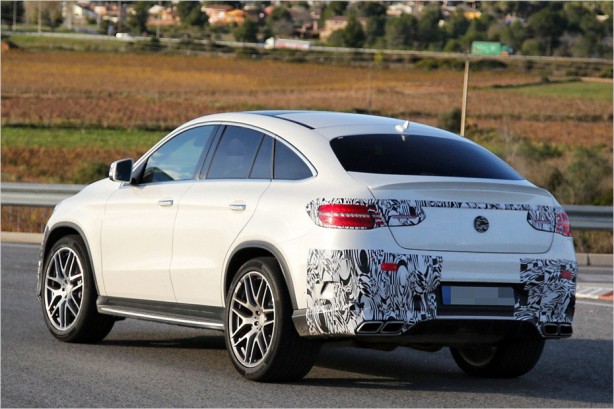 Regardless of which engine the GLE 63 uses, we can expect the crossover coupe to have at least 400kW melting its crank. The new BMW X6 M, which goes on sale in March 2015, churns out 423kW from its 4.4-litre twin-turbo V8.

Aside from the X6 M, the GLE 63 AMG also competes with the Porsche Cayenne and Range Rover Sport SVR. The production GLE is anticipated to hit showrooms sometime next year and will be built at the Tuscaloosa plant in Alabama, United States, where the M-Class is built.