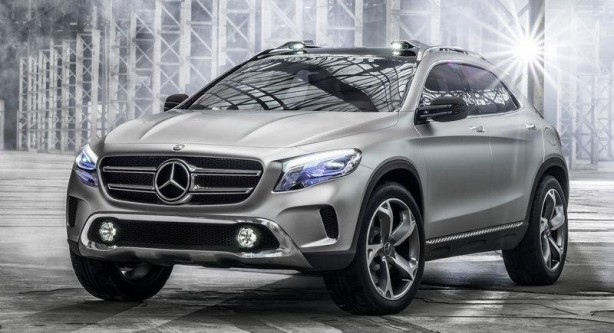 Mercedes-Benz’s upcoming GLA Concept has been revealed ahead of its debut at the 2013 Auto Shanghai this Saturday. 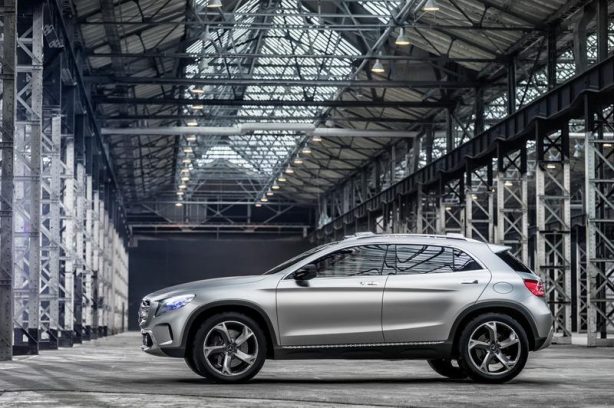 Various design cues from the company’s latest A-Class hatchback is also obvious, given the GLA is based on the former’s platform. The crossover measures 4,380mm long, 1,970mm wide and 1,570mm tall, with a 2,690mm wheelbase that is identical to the A Class.

Motivating the GLA Concept is Mercedes’ 2.0-litre turbocharged 4-cylinder petrol engine borrowed from the A250. It generates 155kW (211HP) and drives all four wheels via a 7G-DCT dual-clutch transmission and 4MATIC all-wheel drive system. 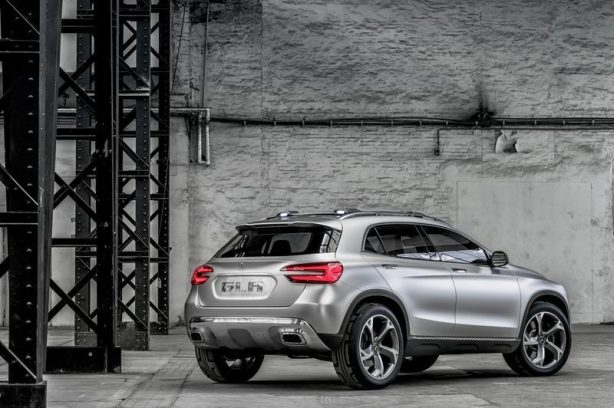 The production car is expected to share the A Class’ range of petrol and diesel engines. There are also rumours that Mercedes is working on an AMG variant with the A45 AMG’s 260kW 2.0-litre turbocharged 4-cylinder.

The production version of the Mercedes-Benz GLA will debut at the Frankfurt Motor Show in September.