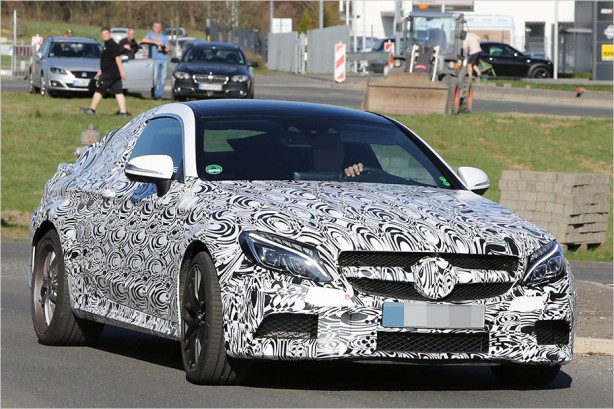 The upcoming Mercedes-AMG C63 Coupe has been spotted lurking around the Nürburgring track side test center. These are some first photos of Stuttgart’s high-performance version of the new C-Class Coupé, which has been diligently conducting camouflaged test rounds in preparation for its debut later this year.

Behind the flared wheel arches and beefed up bumpers is a drivetrain similar to its AMG C63 sedan and wagon sibling. This means a new 4.0-litre twin-turbo V8, which transmits its power through a seven-speed automatic and a limited slip differential to the rear wheels. As with the sedan version, the C 63 Coupé gets 350 kW of power and 650 Nm of torque, while the more powerful C 63 S pumps out 375 kW and 700 Nm. Expect a zero-to-100-km/h time of just four seconds, en route to an electronically limited 250 km/h top speed. 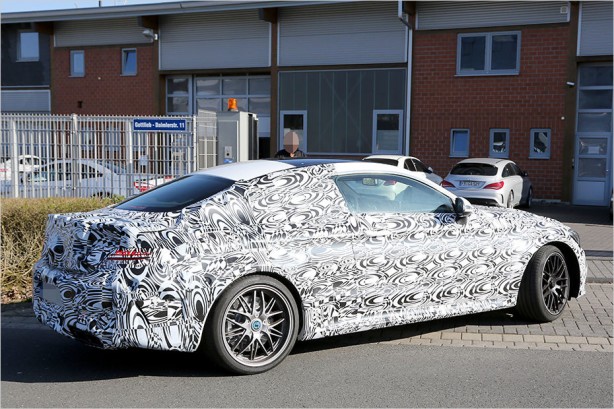 Visually, the scotching AMG is distinguishable from its normal C-Class coupe siblings by lowered ride height, larger air intakes, bigger brakes and the AMG-typical four-pipe exhaust. Both the new C-Class Coupé and the hot AMG versions will debut at the Frankfurt Motor Show in September 2015.