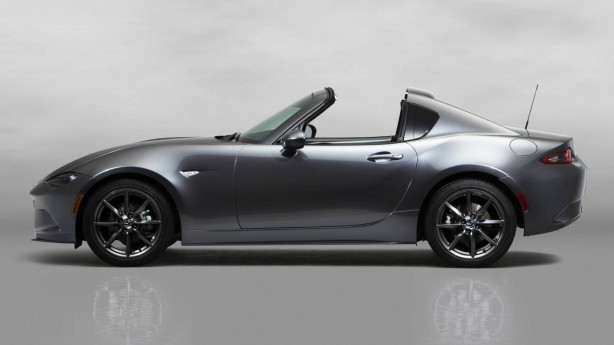 Mazda has unveiled the MX-5 RF, a retractable hard top version of the MX-5, which is set for global debut at the upcoming New York Auto Show later this month.

Unlike the previous generation of hard top MX-5, which had a folding roof that collapsed into the boot, the new MX-5 RF (stands for Retractable Fastback) features fastback styling with a smooth roofline that slopes down to the rear end. A section of the roof and back window can be folded into the boot for a new open-air feeling. The power roof can be opened or closed at speeds of up to 10km/h with the press of a button. 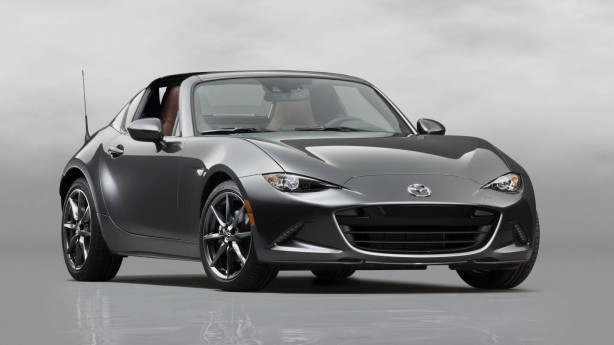 Mazda MX-5 Program Manager, Nobuhiro Yamamoto, said: “The basic premise of the soft-top model is top-down driving, and in comparison we expect MX-5 RF owners will spend more time with the top closed. So we began development by throwing our thinking into reverse; our aim was a convertible sports car with gorgeous fastback lines when the roof is closed and an exhilarating open-air feel when open”.

“We asked ourselves what it meant to make a driver’s car with a power-retractable roof, ditched the traditional idea of stowing the entire roof and realized styling that further articulates an iconic sports car design,” said Yamamoto.

“The cabin is luxurious and quiet when closed, and the rear roof produces a completely new open-air driving feel when the top is down. And with the ability to smartly and smoothly transition between the two, the car will provide thrills in any driving conditions,” added Yamamoto. 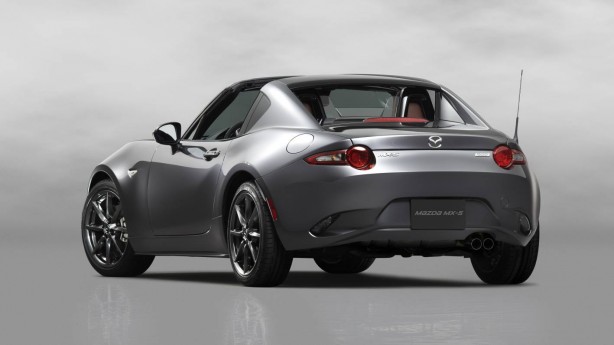 The suspension and Electric Power Assist Steering (EPAS) system have been tuned specifically for the MX-5 RF, while sound-absorbing headliner used on the inside of the front and middle roof panels combines with added sound insulation around the rear wheel housings provide a quieter cabin when the roof is closed.

The MX-5 RF will be available in Machine Gray, a new premium colour, which according to the Mazda, is specially designed to accentuate the beauty of the company’s KODO design language – a styling theme adopted in its range of models.

In Australia, the MX-5 RF will be exclusively powered by the SKYACTIV-G 2.0 petrol engine and is set to arrive in showrooms later this year.