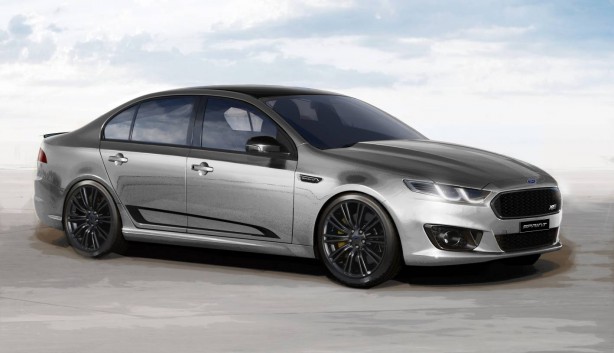 Ford has announced the pricing and specification of its limited edition, high performance Falcon Sprint models ahead of the models showroom arrival in May.

Priced from $54,990 plus on-road costs for the Falcon XR6 Sprint, just 1,400 Falcon Sprints will be built, with 550 being the XR6 Sprints and 850 XR8 Sprints, each with its own numbered build plate located on the engine.

Fundamental to the Sprint development program was designing and building a performance Falcon with the dynamic attributes expected by Falcon enthusiasts.

At the core of the Sprint are two proven engines, Ford’s turbocharged 4.0 in-line six cylinder and acclaimed Supercharged 5.0-litre V8.

Both engines benefit from a transient overboost function that provides extra performance for up to 10 seconds if conditions allow, specifically intake air temperature under normal operation.

Key design elements on the new XR6 Sprint and XR8 Sprint are:

Same features as XR6 Sprint; plus

Previous Last of the Peugeot RCZ on sale for $49,990
Next Subaru XV concept teased ahead of Geneva debut