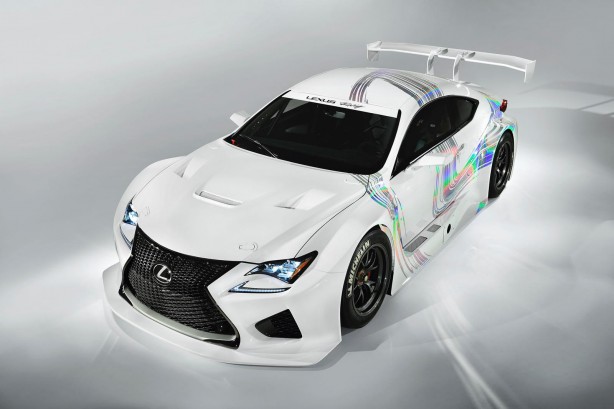 Lexus has unwrapped a racing version of its RC F performance coupe at the 2014 Geneva International Motor Show.

Lexus will supply GT3-compliant, FIA-certified RC F racer to racing teams starting in 2015, with official track testing to start this year. The RC F GT3 will compete in events such as the 24 Hours of Nürburgring endurance race in Germany and the Super Taikyu Endurance and Super GT series in Japan. 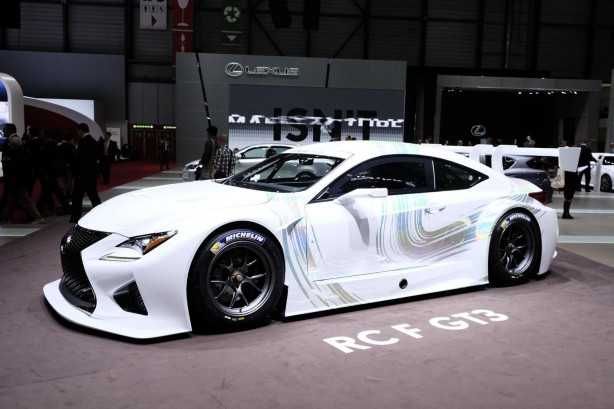 “Motorsport forms an integral part of our commitment to building Lexus’ credentials in the area of vehicle dynamics, while also complementing our focus on design,” Mr Hanley said.

“Through initiatives like the RC F GT3 Concept, Lexus will give car enthusiasts and customers the opportunity to experience the excitement of motorsport.” 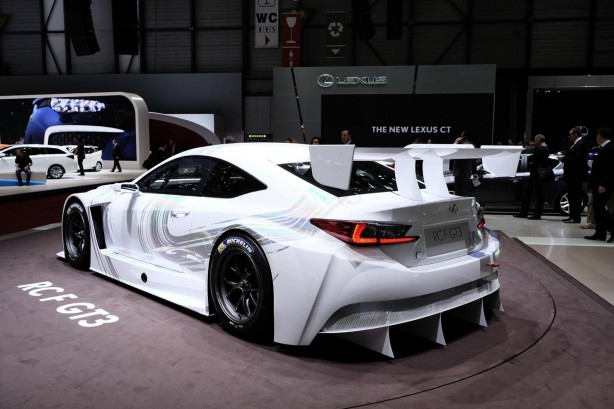 The RC F GT3 is only the beginning for Lexus and is part of a larger project as the company also hinted that another version capable of racing at Le Mans is in the pipeline.

Speaking at the launch of the new RC F at Geneva, Chief Engineer Yukihiko Yaguchi explained why a GT3 version was launched at this time. “We do not know what the new rules will be, but we could not wait until they appeared as the production car is launched now, we had to design the car to the rules we knew and that is GT3. This car was designed for global competition, GT300, the USA and of course here in Europe.”

Asked about the future of GT racing Yaguchi admitted that the car would likely be seen at Le Mans. “We have to be racing in whatever the global GT class is, so in 2016 we will produce a kit which will allow this car to race in GT and GT+” 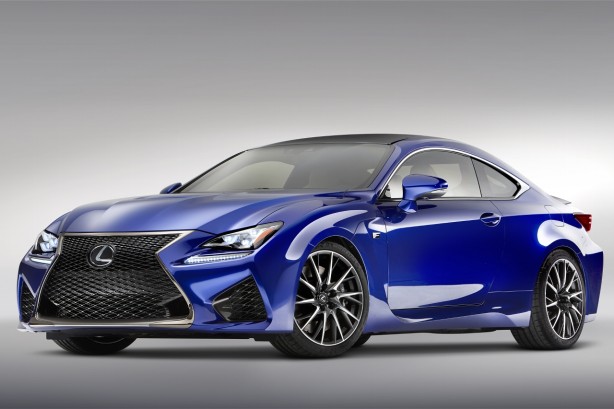 The road-going RC F was unveiled at the North American International Auto Show earlier this year. Designed to take on BMW’s recently launched M4, the sports coupe packs the most powerful V8 engine ever developed by Lexus – an improved 5.0-litre V8 engine from the outgoing IS-F – with over 330kW (450hp) of power and 520Nm of torque. It unleashes from standstill to 100km/h in around 4.5 seconds, en route to a top speed of 300km/h (186mph).