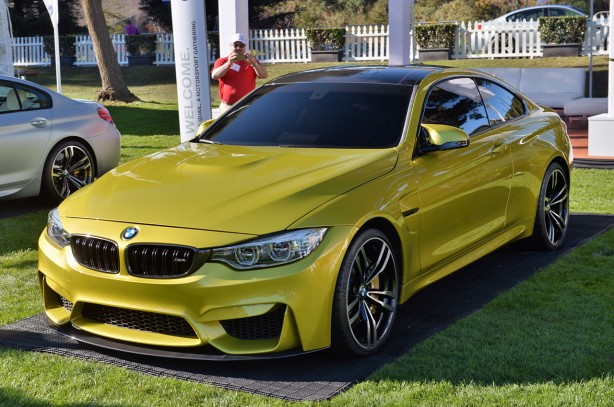 Following the unveiling of the BMW Concept M4 Coupe last week, BMW has brought the car to its first public debut at the annual Pebble Beach Concours d’Elegance over the weekend to showcase the new M4 Concept under the summer sun.

“The BMW Concept M4 Coupe reflects the BMW M philosophy in ideal form: It combines motor racing genes and unrestricted everyday suitability in a highly emotional overall concept. For four generations, the BMW M3 has put motor racing on the road and the BMW Concept M4 Coupe consistently continues to pursue this fundamental idea. The new model designation “M4″ refers – like all other BMW M automobiles – to the series on which this concept car is based,” explains Dr. Friedrich Nitschke, President BMW M Division. 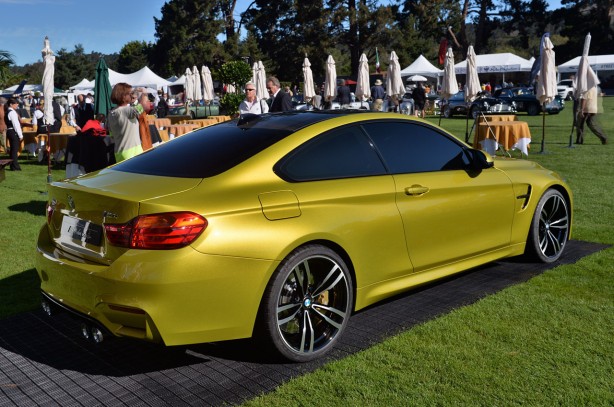 When released, The BMW M4 will replace the M3 as the new M coupe for the 3-Series. As much as we like BMW to build the production M4 as is, we can expect the production model to proceed with very few changes compared to this concept. Other than the carbon fibre front splitter and exhaust tips, it looks almost production ready, except for a proper interior. 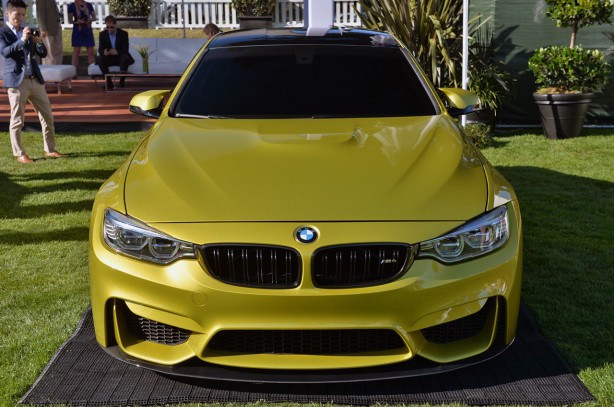 BMW has so far remained tight-lipped about the M4’s powerplant but hinted that the high performance engine offers “immense power”. However, as reported previously, it is highly likely that the new model will be powered by a twin-turbo 3.0-litre six-cylinder engine that generates around 335kW of power and 550Nm of torque.