Lexus RC F Coupé officially revealed, will have over 330kW

As most of us already know from all the teasers in the last few weeks, Lexus will launch its latest F model at the North American International Motor Show on January 14.

The Lexus RC F Coupé will be the halo model of the spectacular RC Coupé which made its debut at the Tokyo Motor Show in November. While the company has declined to release specific performance figures, the RC F Coupé promises to be the most powerful V8 performance car ever developed by Lexus, equipped with a 5.0-litre V8 engine with “well above 330kW (450hp) of power and 520Nm of torque” that could enable it to accelerate from 0-100km/h in 4.5 seconds and en route to a top speed of 300km/h (186mph). 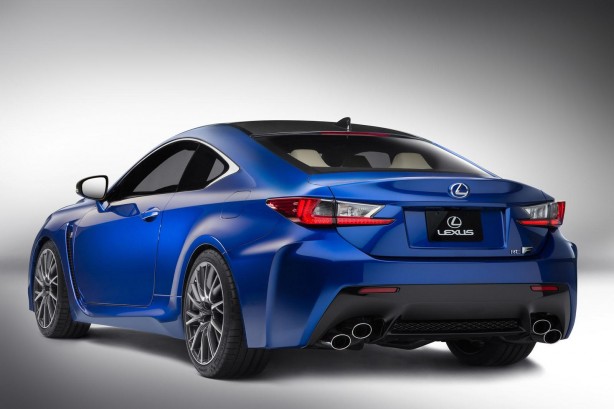 As expected of an F model, the RC F has 19-inch forged aluminium wheels which are available in three different designs, an active rear spoiler which deploys at around 80km/h and retracts at speeds less than 40km/h, air scoops, cooling ducts and carbon fibre components, each delivery what Lexus describes as ‘functional beauty’.

“The form of each component is carefully designed to contribute to performance,” Lexus RC F chief engineer Yukihiko Yaguchi said.

“Unique air outlets in the hood and rear section of the front fenders contribute to optimum engine cooling and handling stability. They create an aggressive look that immediately conveys the expectation of a dynamic driving experience.” 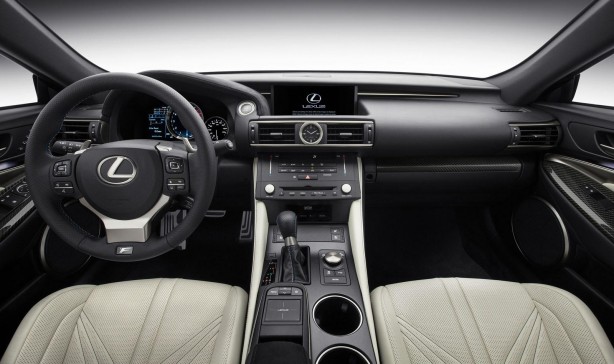 The interior is shared with the regular RC models but gets leather-wrapped sport seats, alloy pedals and a bespoke instrument cluster that is dominated by a switchable central dial, inspired by the LF-A which changes according to the four selectable driving modes. There’s also a new “elliptical cross-section thick-grip steering wheel” with paddle shifters and new interior trims.