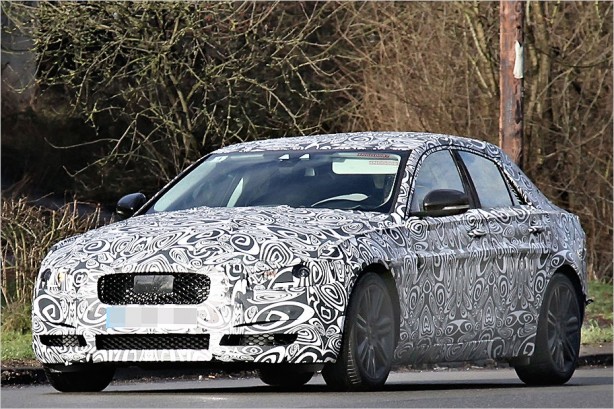 Jaguar’s upcoming BMW 3-Series and Mercedes-Benz C Class rival – the Jaguar XE – has been caught testing on public roads in Europe. The new mid-sizer from the British marque was confirmed last month and a teaser image was subsequently released at the Geneva Motor Show.

Despite the heavy camouflaged, the new XE can be seen adopting some design elements from the bigger XF sedan, including the front fascia and tail-lights. However, the XE will be considerably shorter with a length expected to be around 4.7 meters.

Speaking at the Geneva Motor Show, Jaguar Land Rover Chief Executive Officer, Dr Ralf Speth said: “We announced just a few weeks ago that our new Engine Manufacturing Centre would produce a new family of premium, lightweight, low-friction, low emission four-cylinder petrol and diesel units. The first of our Ingenium engine range will be used in our all-new mid-sized Jaguar sports sedan. That car will be called the Jaguar XE, and it will be unveiled in production form later this year.” 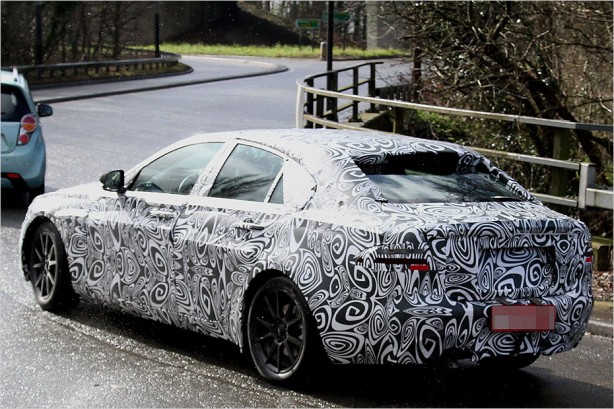 The XE will be the first product from the new advanced aluminium architecture which was showcased in the C-X17 concept car in 2013. Its global rollout will begin in 2015, and it will be the first aluminium monocoque vehicle in the segment. The brand is all set to build the most advanced, efficient and refined sports sedan in its class.

Power will be provided by engines with a wide range of capacities and output, said to all deliver inspirational performance and offering the latest innovations in fuel-efficient technologies without sacrificing drivability.

Utilising the most flexible engine architecture ever produced by Jaguar Land Rover, with an advanced design configured to suit in-line and transverse installations for rear-wheel drive and all-wheel drive configurations, the new engines will be both efficient and powerful – including top speeds of over 300km/h (186mph), and emissions lower than 100g of CO2 per km. 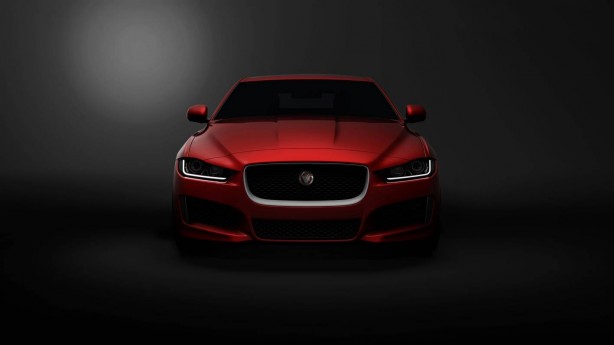 Kevin Stride, Jaguar’s Vehicle Line Director for XE, said: “The engineering development of the XE has focused on delivering customers with the most advanced, efficient and refined sports sedan in its class. We are excited about our progress to date and are looking forward to soon being able to demonstrate what we have achieved.”

Ian Callum, Director of Design, said: “The new Jaguar XE is every bit a modern Jaguar; more compact in size but visually striking. Customers will expect a great deal from a mid-size Jaguar – it must be practical but premium.  We never forget we are designing a Jaguar and that means it must be as exciting to look at and drive as it is brilliant to run and practical to own. We believe we we’ve done just that with the Jaguar XE.”

The new Jaguar XE is scheduled to debut at the 2014 Frankfurt Motor Show in September, with global roll-out starting from mid-2015.