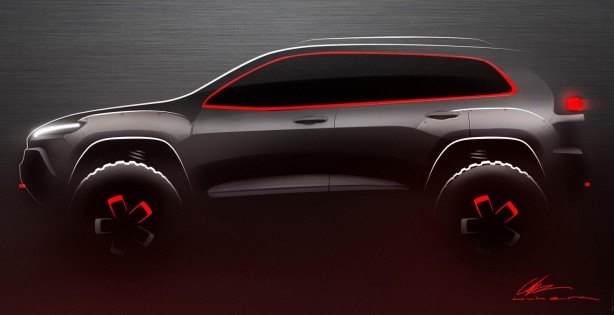 Jeep has released a couple of teasers for their upcoming concepts. The Jeep Wrangler MOJO and Jeep Cherokee Dakar are two of six new vehicles that will head to the Easter Jeep Safari in Moab, Utah, which will run from 12-20 April.

Both concepts are joint effort with long term Jeep and Chrysler partner, Mopar. 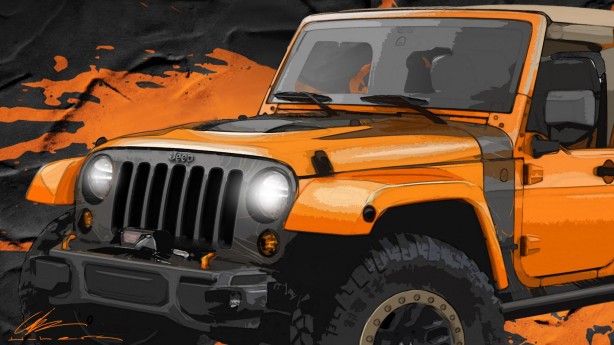 From the teaser, the Cherokee Dakar appears to be a more rugged version of the Cherokee, with bolt on extended fender flare, a higher ride height and off-road tyres. The car also seem to feature red accents on the window surrounds and front and rear bumper.

The Jeep Wrangler MOJO on the other hand features an orange paint job matched with a black front grille. It also appears to be equipped with a winch, rock guard and off road tyres.

Jeep will release more photos and information on both models next week.