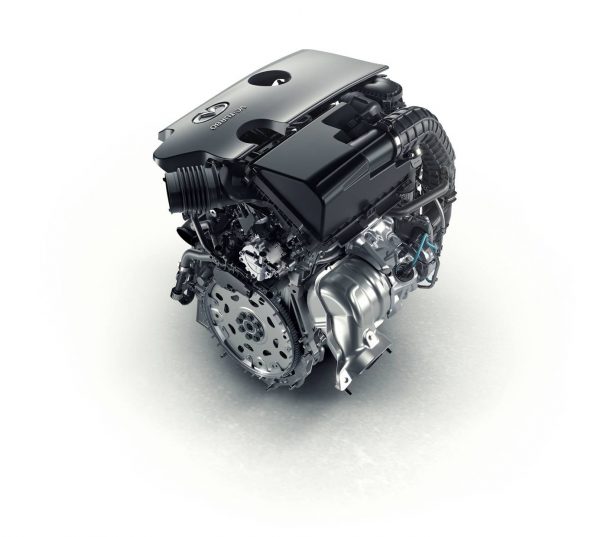 Infiniti is set to unveil the world’s first production-ready variable compression ratio engine at the 2016 Paris Motor Show in September.

Over 20 years in the making, the new 2.0-litre four-cylinder turbocharged VC-T (Variable Compression-Turbocharged) engine takes internal-combustion powertrain technology to the next level with the ability to seamlessly raise or lower the height the pistons reach.

As a result, the displacement of the engine changes and the compression ratio can vary anywhere between 8:1 (for high performance) and 14:1 (for high efficiency). The sophisticated engine control logic automatically applies the optimum ratio, depending on what the driving situation demands.

According to Infiniti, the VC-T engine combines the power of a high-performance 2.0-litre turbo gasoline engine with the torque and efficiency of an advanced turbodiesel – without the equivalent emissions. The VC-T engine will also be comparable to certain six-cylinder petrol powertrains for performance, while significantly outperforming them in efficiency.

The VC-T engine will be available in new Infiniti models from 2018. 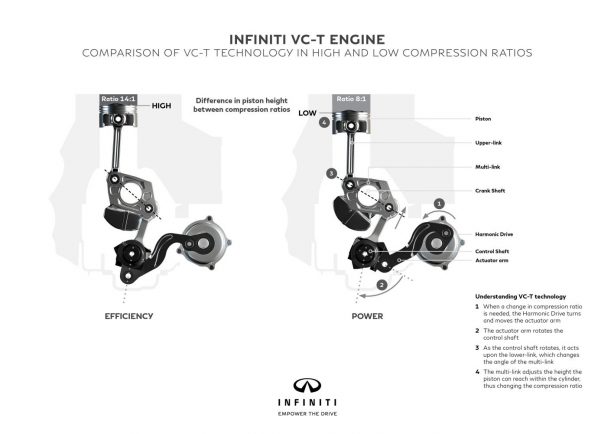