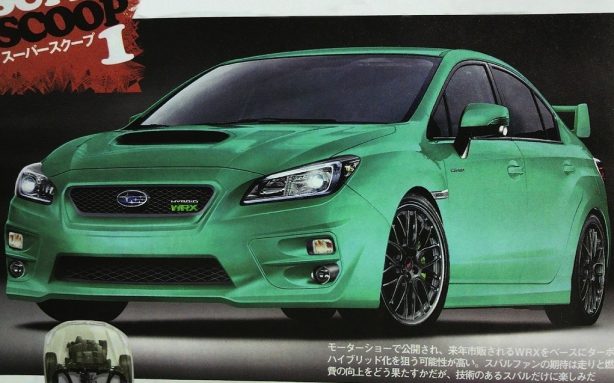 According to Best Car Magazine in Japan, the new WRX line-up, due in Australia next March, will be joined by a WRX Hybrid.

With the company’s close ties with Toyota, it isn’t too far fetch to see Subaru borrowing some hybrid technology from its partner. However, the report indicates that Subaru will utilise the hybrid system from the Subaru XV Hybrid (not sold in Australia).

Developed in-house by Subaru, the 2.0-litre boxer-powered hybrid system will be boosted by a turbocharger to liberate a total power output of more than 220kW and 387Nm of torque. Despite its substantial power, the engine will consume just 5.5L/100km of fuel, making it the most fuel-efficient WRX Subaru has ever produced.

The next-generation Subaru WRX is set to bow in at next month’s LA Motor Show. We can’t wait!