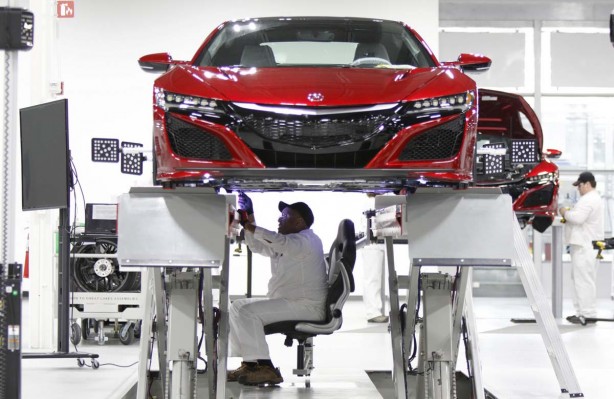 The next generation Honda NSX will begin manufacturing next month at the Performance Manufacturing Center (PMC) in Marysville, Ohio.

PMC employs close to 100 staff who are directly engaged in the vehicle’s construction. The facility has been decked out with state-of-the-art equipment allowing for tighter tolerances and better quality control. 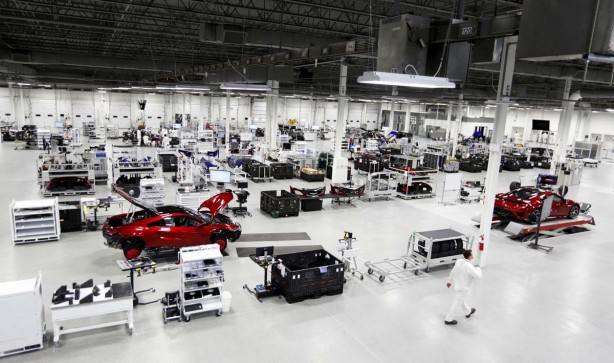 “All of our innovative thinking and hard work that has gone into the creation of this state-of-the-art manufacturing facility has fulfilled our goal to build a supercar in America”, said the engineering large project leader of PMC, Clement D’ Souza, in a statement.

While the NSX will be assembled at the Marysville plant, the engine and driveline components are manufactured at a nearby engine manufacturing plant in Anna, Ohio. A “small group of master engine builders” will spend 6 hours to hand assemble each motor with a total of 547 bolts to be painstakingly tightened to “precise torque tolerances”. 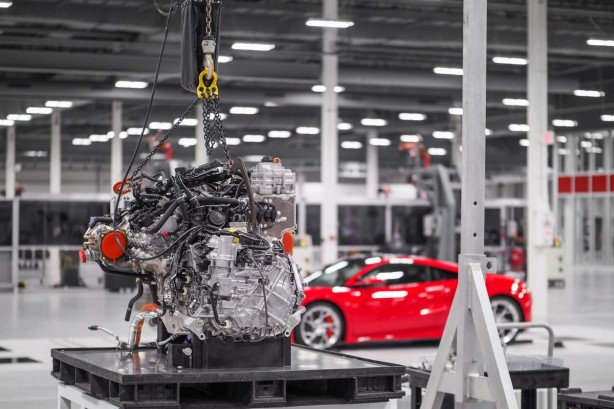 The reborn supercar will serve up a massive 427kW and 646Nm of torque from its mid-mounted 3.5-litre twin turbo V6 petrol-electric hybrid powertrain. These figures will place the NSX in the same league as the 492kW/760Nm Ferrari 488 GTB, 478kW/680Nm McLaren 650S and the 448kW/560Nm Lamborghini Huracan.

Production of the Honda NSX will start in April 2016 with units making their way to customers shortly after.