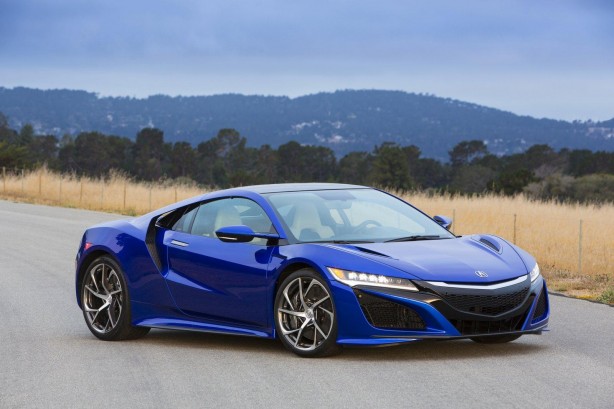 Honda has finally confirmed performance figures of the NSX supercar in the lead up to the Tokyo Motor Show taking place later this week, where the new NSX will take centre stage at Honda’s booth.

Charged with reigniting Honda’s sporting image across the globe, the reborn NSX supercar will serve up 427kW (573hp) and a whopping 646Nm of torque from its mid-mounted 3.5-litre twin-turbo V6 petrol-electric powertrain. 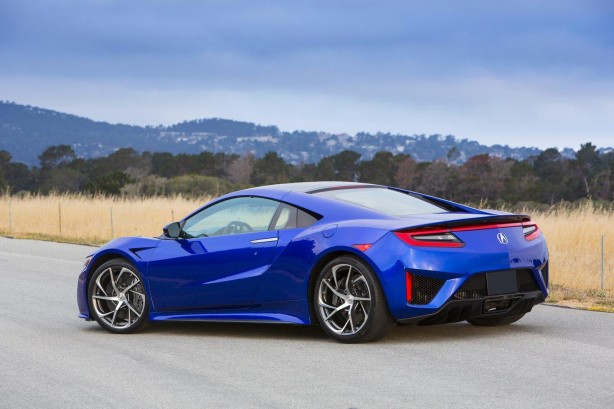 Tipping the scale at 1725kg, the second generation Honda NSX features three electric motors to supplement the twin-turbo 3.5-litre V6. A rear direct-drive electric motor, housed between the engine and gearbox, provides drive to the rear axle, while two independent electric motors, one in each front wheel, take care of the drive up the front.

Peak power is developed at 6500-7500rpm while maximum torque is available from just 2000rpm and hangs around right through to 6000rpm.

The engine drives through an all-new Honda-developed nine-speed dual-clutch transmission, with power channeled to all four wheels via a new ‘Sport Hybrid’ version of Honda’s Super Handling All-Wheel-Drive (SH-AWD) system.

Honda has stopped short of announcing 0-100km/h sprint times but they are sure to be in the low 3-second mark, given the hi-tech powertrain which Honda claims will offer ‘zero delay’ acceleration.

The all-new Honda NSX has been confirmed for Australia and is scheduled to arrive in late 2016.

Previous Walkinshaw Performance boosts LS3-powered HSVs to 547kW/880Nm
Next The Rotary to live on, Introducing the Mazda RX-Vision Concept