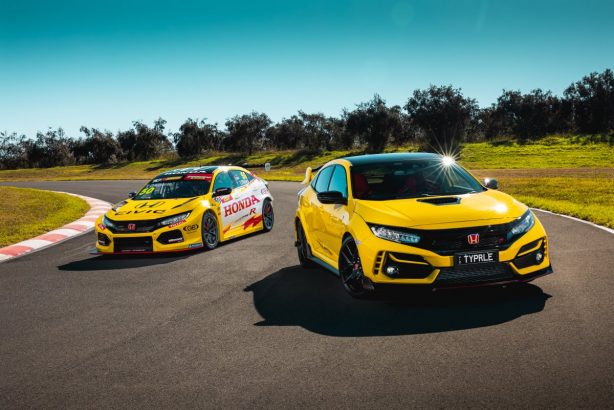 The usual ‘Racing Blue’ colour scheme that has adorned D’Alberto’s #50 Honda Civic Type R TCR racer this year has been replaced with a striking ‘Sunlight Yellow’ livery, taking inspiration from the new shade that is the hero colour of the Civic Type R Limited Edition. 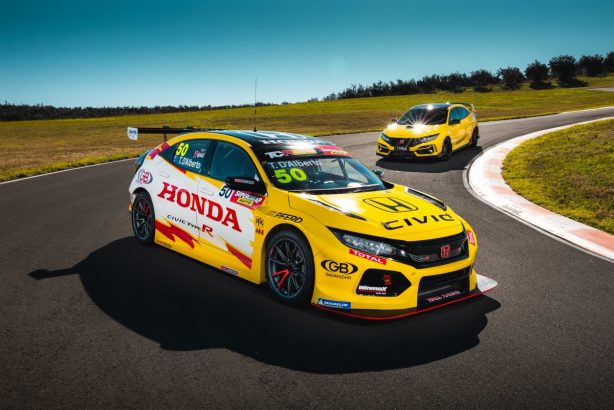 Unveiled as part of a special customer handover event, the new TCR livery will see track action on for the first time at Morgan Park Raceway in Queensland in August, for the fifth round of the TCR Australia Series.

Just 20 examples of the Civic Type R Limited Edition are headed for Australia, from a global production run of just 1,020 vehicles. The most track-focused Civic Type R ever has been designed and engineered to be the most dynamic front-wheel drive hatchback available. Building on the acclaimed standard Civic Type R with new lightweight components, the Limited Edition is the purest expression of the iconic Civic ever made. 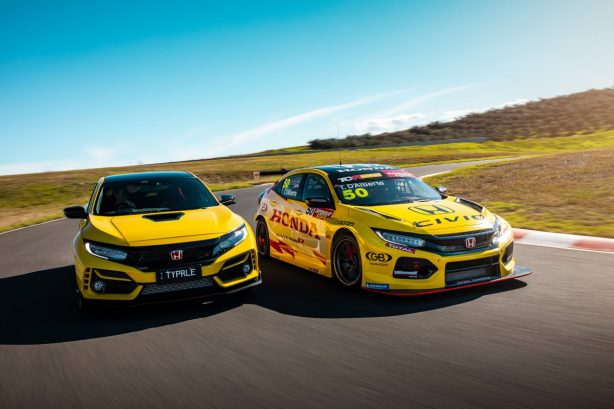 The bold Sunlight Yellow colour is exclusive to the Limited Edition model, reflecting the heritage of Type R and ensuring it stands out in the performance hatchback segment.

The Limited Edition model retains the Type R’s 2.0-litre turbo engine that develops 228 kW at 6500 rpm with a peak torque of 400 Nm from 2500-4500 rpm. It’s paired exclusively with a six-speed manual gearbox driving the front wheels. 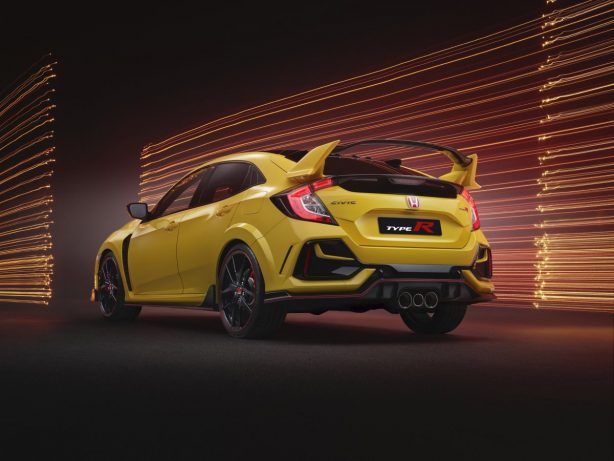 D’Alberto heads to the next round of the TCR Australia Series with good speed in hand, having qualified and raced with pace at the last event at Sydney Motorsport Park. After four rounds, he currently sits ninth in the series and within striking distance of the top five.

The new livery will be in action on D’Alberto’s #50 Honda Civic Type R TCR at the fifth round of the TCR Australia Series at Morgan Park Raceway in Warwick, Queensland on August 13-15.