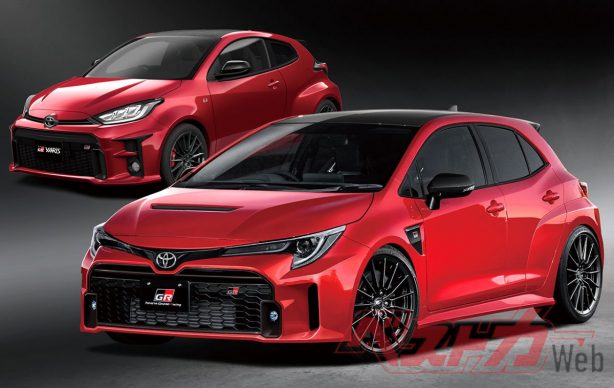 It’s no secret that Toyota is cooking up a hot Corolla to rival the likes Volkswagen Golf R, Honda Civic Type R and Subaru WRX STI. The first ever high-performance Corolla is slated to arrive in mid-2022, and while the final design is still under wraps, BestCarWeb is giving us a pretty good look of what to expect.

If past renders from the Japanese publication are of any indication, these renders of the upcoming Toyota GR Corolla should look pretty close to the real thing. Based on the regular Corolla hatch, the GR model is shown to feature pumped up front and rear bumpers, complemented with extended wheel arches all around. 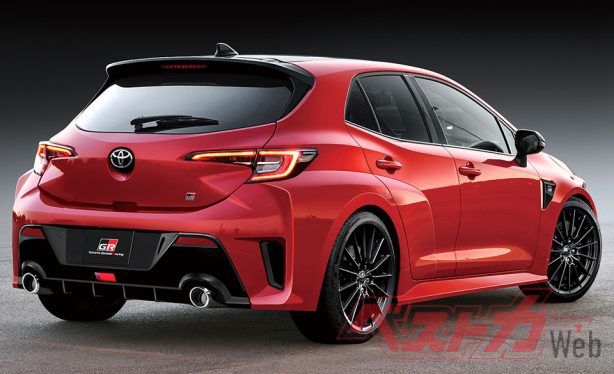 For added aggressiveness, there are side and bonnet vents, as well as a larger roof spoiler. The rolling stock seems to be carried over from the GR Yaris, which means they are 18-inch Enkei black wheels.

That might as well because the GR Corolla will share the same turbocharged 1.6-litre 3-cylinder engine and full-time all-wheel drive system as the GR Yaris. However, while the Yaris churns out 200kW and 370Nm (making it the most powerful three-cylinder engine in production), the Corolla hot hatch will reportedly pump out up to 221kW, with an unspecified torque figure. If we have to guess, we can expect a mild increase over the Yaris’.

Better yet, the Corolla is also set to inherit the trick all-wheel drive system from its small sibling that is capable of diverting up to 70% of torque to the rear wheels via a standard six-speed manual transmission.

All sounds pretty mouth-watering and we can’t wait for it to arrive.