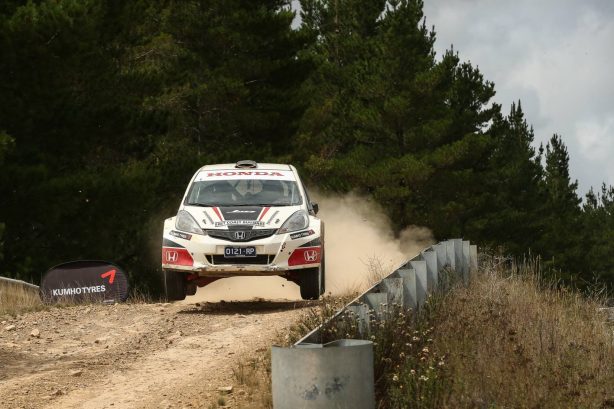 Honda Australia has today announced that the 2013 Australian Rally Championship season will be its last, after four years, a Civic Type R, two Jazz, many podiums, a championship and a record-breaking moment.

“We are extremely proud of what we have achieved over the past four years,” said Honda Australia Director Mr. Stephen Collins. “Our partnership with the Evans Motorsport team and the entire rally community has been an amazing experience and we hope the competition will continue to flourish.”

Honda and Evans Motorsport have been in partnership since 2010, when then rising star Eli Evans and co-driver Glen Weston sat behind the wheel of the Civic Type R with its 2-litre Mugen-tuned engine. The sound of the engine through the forests sent rally fans into a spin and heralded a new era in the sport.

This followed Honda’s first taste of rallying back in 2008, when British rally driver Guy Wilks and co-driver Phil Pugh competed in two rounds of the ARC in a similar purpose-built Civic Type R, all the way from Europe. 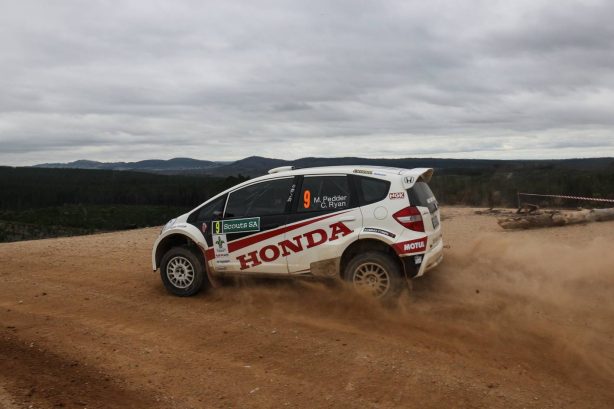 The first full year of competition saw Evans and Weston battle it out in the naturally aspirated, two-wheel drive Honda amongst a field of four-wheel drive turbo-charged cars.  “This embodies our challenging spirit,” Mr. Collins said. “Since then, we have shared podiums, broken a record and of course won an ARC championship, a huge achievement in any form of motorsport.”

More recently, Evans and Weston toppled the late Possum Bourne’s record of the most consecutive rally wins, with nine wins from nine starts. “This is a moment that Honda Australia and Evans Motorsport will always share and we hope the record stands for a very long time,” Mr. Collins said.

Over the last four years, Honda has been the only manufacturer backing a team in the ARC until this year. The 2013 season saw the change to a two-wheel drive competition. While Honda will no longer race in the ARC, it is still committed to motorsport and will return to Formula One in 2015.

The current-generation Honda HR-V has been around since 2014, which means a new model is …