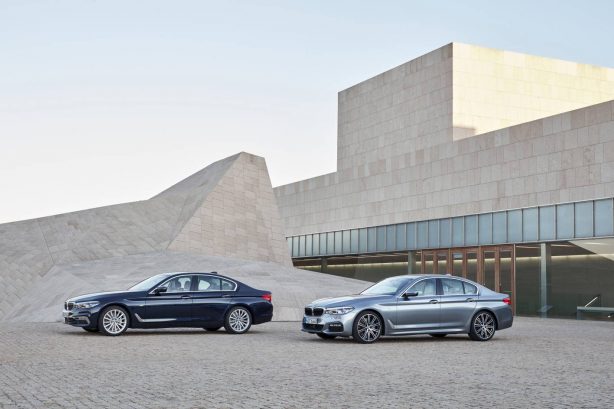 BMW has finally taken the wraps off its all-new, seventh-generation 2017 5 Series after a series of leaked photos and teasers.

Sporting a handsome but understated new sheet metal, the car is also up to 100kg lighter than the outgoing model, thanks to extensive use of high-strength steel, aluminium and magnesium.

Its design can be described as evolutionary with a familiar silhouette. At the front, the major change can be found in the headlights that now flow into the kidney grille, making the nose appear wider. The grilles themselves now feature active slats that close when condition required for better aerodynamics. 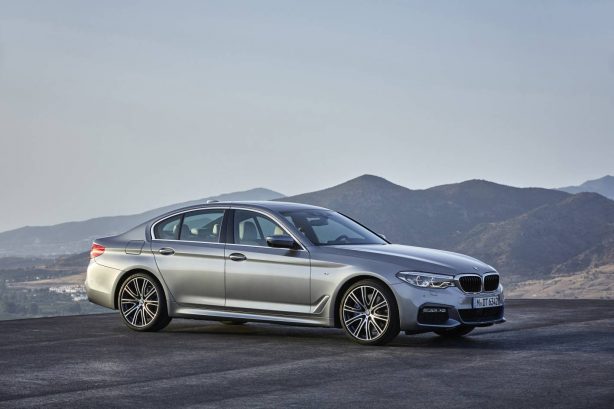 As before, customers ticking the M Sport package option will get sportier front and rear bumpers, chunkier side skirts, lowered suspension, 19-inch wheels and twin rectangular exhaust pipes for a sportier look.

The G30 5 Series’ dimensions have been stretched slightly compared to the outgoing model, with the car now measuring 4,935mm in length, 1,868mm in width and 1,466mm in height. The extra length means an extra 1.2 inches of legroom for the rear passengers.

At launch in February next year, four new powertrains will be on offer, all connected to an eight-speed automatic transmission and optional xDrive all-wheel drive system. 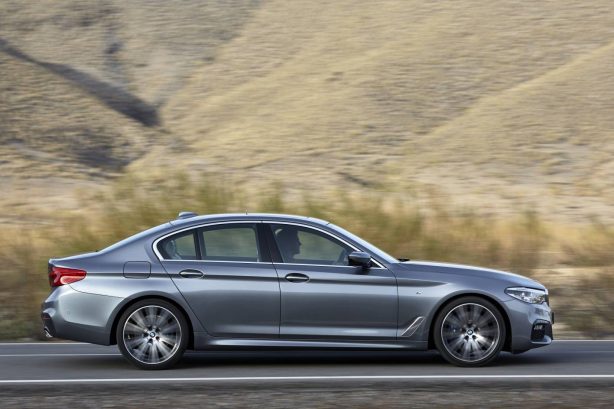 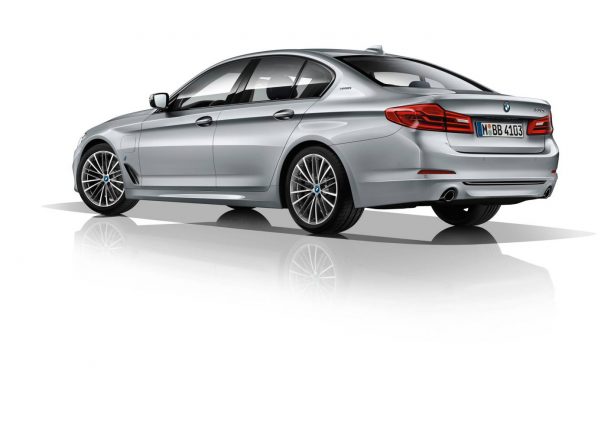 The G30 5 Series also sees the debut of semi-autonomous technologies where the car is able to accelerate, brake and steer itself at speeds of up to 210km/h. While the driver’s hands are free, they can interact with the iDrive 6.0 infotainment system that now features gesture control. 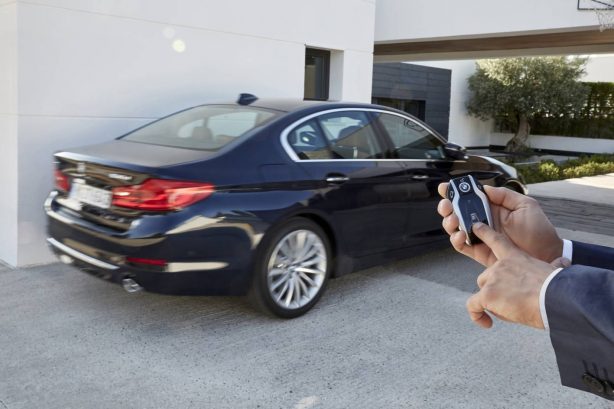 Its Display Key – first introduced on the new 7 Series – also enables functions such as remote-controlled parking.

The 2017 BMW 5 Series is expected to reach Australian shores towards the second half of next year.