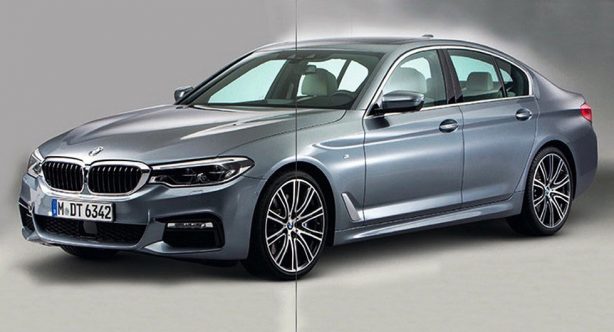 After strings of teasers, spy photos and previews, the all-new 2017 BMW 5 Series has been ‘unofficially’ unveiled, thanks to the power of the internet.

Surfaced on German Car Forum, these are the first images of the seventh-generation 5 Series, obtained from a leaked BMW brochure. If you think the design looks rather familiar, that’s because the new 5 Series’ styling borrows extensively from the larger 7 Series. Compared to the outgoing model, the new 5 Series gets sleeker proportions, wider front fascia, smoother roofline and stubbier tail. 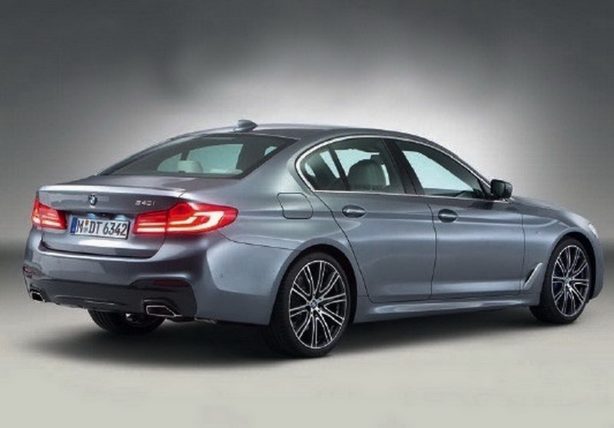 It’s the same story inside, with the new interior adopting the same design and layout as the 7 Series. The layered dashboard features revised climate control, digital instrumentation and a free-standing infotainment screen.

Underneath the all-new sheet metal is the same platform that underpins the 7 Series. Thanks to a mix of aluminium, carbon fibre, magnesium and high-strength steel, the latest 5 Series is up to 100kg lighter than its predecessor.

Expect the new 5 Series to be available with a range of four-cylinder and straight-six turbocharged petrol and diesel engines, as well as a plug-in hybrid similar to the 740e and X5 xDrive40e. The F10’s six-speed manual and ZF eight-speed automatic is expected to be carried over.

The range-topping M5 is likely to feature the same 4.4-litre twin-turbo V8 from today, although tweaked for more power and better efficiency. It will reportedly churn out as much as 460kW and connected to a seven-speed dual-clutch transmission (M DCT) and Active M Differential, both of which are also carried over. In a first for the M5, an xDrive all-wheel drive system will be offered as an option.

The 2017 BMW 5 Series will be officially unveiled on October 13. 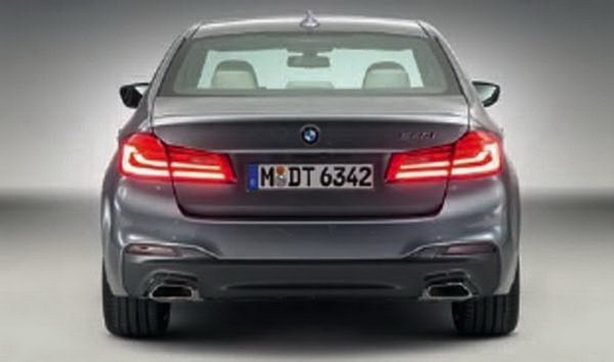