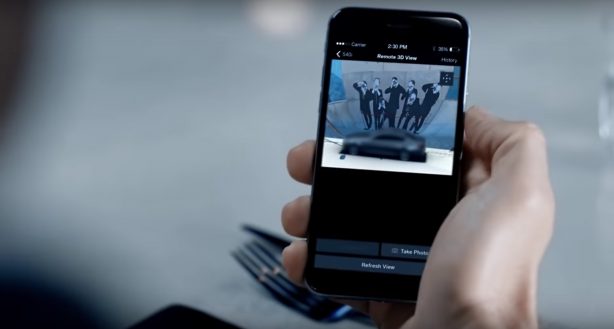 BMW has released a teaser video of its all-new 2017 BMW 5 Series G30 along with the confirmation the car will be officially revealed on October 13.

The teaser however, doesn’t show any details of the car but provide a glimpse of the model’s advanced Remote 3D View function.

The feature allows the owner of the car to view a virtual depiction of their vehicle and its surroundings from the BMW Connected App on their smartphone, particularly useful for checking the well fare of their car.

While the video doesn’t give us a proper look at the new 5 Series, the new model will share some design elements with the larger 7 Series, especially its front-end design and LED taillights.

Inside, the G30 5 Series will get a partially digital instrument cluster along with a large standalone infotainment screen in the centre.

Underneath the all-new sheet metal is the same platform that underpins the 7 Series. Thanks to a mix of aluminium, carbon fibre, magnesium and high-strength steel, the latest 5 Series is up to 100kg lighter than its predecessor.

Power will come from a range of turbocharged four-cylinder, as well as 3.0-litre straight-six petrol and diesel engines. We can also expect a plug-in hybrid, along with the M5 to join the range later.