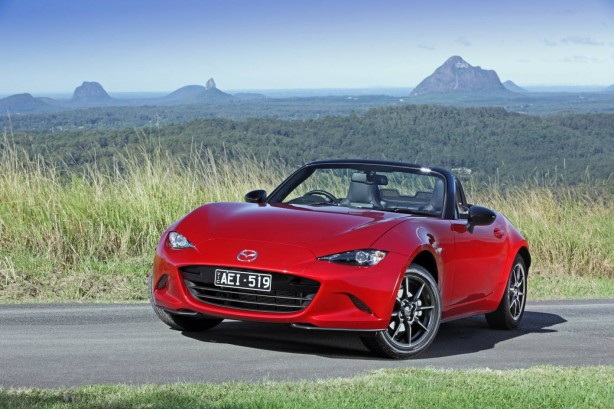 The fourth generation Mazda MX-5 officially goes on sale in Australia this month. With global sales approaching one million units since its inception in 1989, the new Mazda MX-5 is expected to re-ignite interest in the Japanese open-top roadster.

Following an extensive marketing, Mazda Australia expects to move 125 cars per month during the MX-5’s first year on the market. Pricing for the eight-variant range starts from $31,990 plus on-roads, a mere $2,000 more than the 1989 introductory price.

Available in two grades including the Roadster and the high-spec Roadster GT, the 2015 Mazda MX-5 will offer two powertrains and two transmission types. 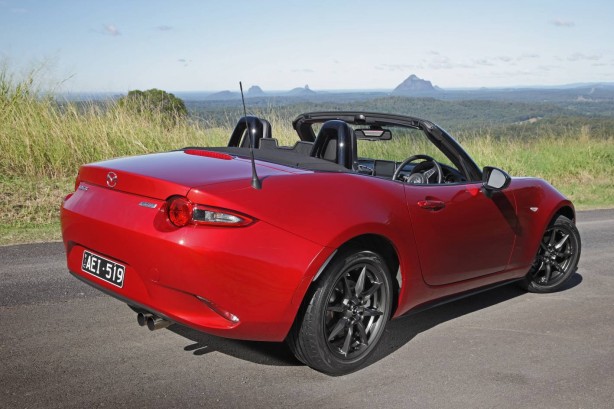 The range opens with the 1.5-litre SKYACTIV-G four-cylinder petrol engine developing 96kW of power and 150Nm of torque, available with either a 6-speed SKYACTIV-MT manual or a 6-speed automatic transmission.

With fuel economy improved by almost 25 per cent compared to its predecessor and tipping the scale from just 1,009kg – over 90kg lighter compared to the previous NC model, the 1.5-litre with manual transmission sips from as little as 6.1L/100km while the automatic records a lean 6.4L/100km.

Keen enthusiasts, however, will be more interested in the more powerful 2.0-litre MX-5 arriving later this year. The SKYACTIV-G petrol four-cylinder petrol engine produces 118kW and 200Nm. Like the base engine, the 2.0 version is also offered with either a 6-speed manual or 6-speed automatic. 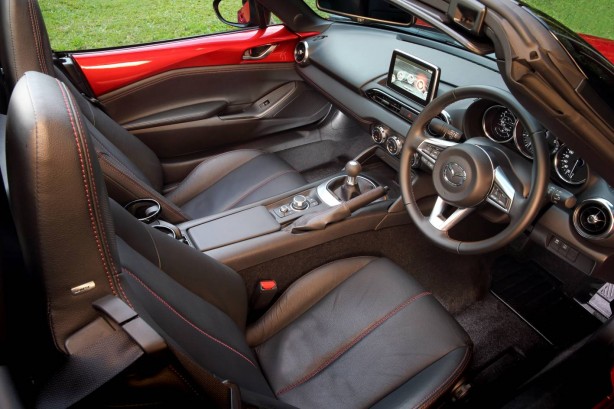 Electronic Power Assist Steering (dual pinion) is introduced to the MX-5 for the first time, offering a lighter, responsive driving experience, while the new suspension system is said to improve turn-in ability, stability when braking and control when cornering.

Available in six striking colours, including the popular Soul Red and the recently introduced Ceramic Metallic, the range comes with three interior trims, including black cloth for the Roadster and a choice of black or tan leather in Roadster GT.

GT features additional to the Roadster include:

Roadster GT features additional to the 1.5L model include: