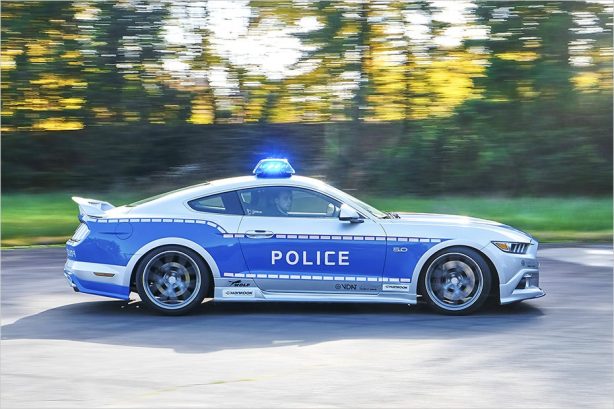 With the imminent demise of the locally built Holden Commodore and Ford Falcon sedans, the Australian Police Force have been hunting for a successor to replace their V8-powered Commodore and Falcon pursuit vehicles.

Well, it seems the local boys in blue can draw some ideas from their German counterparts. On display at this year’s Essen Motor Show is a pumped up Ford Mustang from the good guys. All but official, the Ford Mustang Police Cruiser is the work of German tuning and motorsport outfit Wolf Racing. 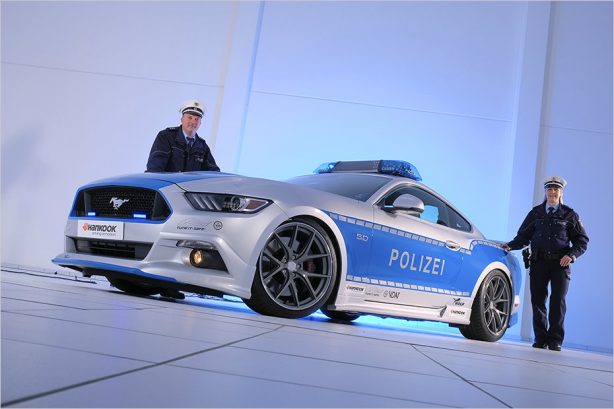 Called the “Wolf Wide 5.0” the Mustang V8 5.0 GT gets a full police livery and comes complete with flashing strobe lights, signalling system and policing equipment. The iconic pony car is dropped on a set of lowering springs and rolls on larger 20-inch wheels.

To standout from the other Mustangs the police version gets an aerodynamic body kit that comprises of a front lip spoiler, side skirts, rear skirts and fixed rear spoiler.

If that’s not enough to make you think twice before running away from the blue lights, the Mustang Police car also gets an uprated 5.0-litre V8 engine tweaked to lift output from the standard 306kW and 530Nm to a potent 339kW and 560Nm. The added punch allows the V8 bruiser to sprint from 0 to 100km/h in just 4.3 seconds, 0.5 second quicker than the factory’s time.

Should the Australian Police consider the Ford Mustang GT as a replacement for their current vehicle fleet? Tell us in the comment section below. 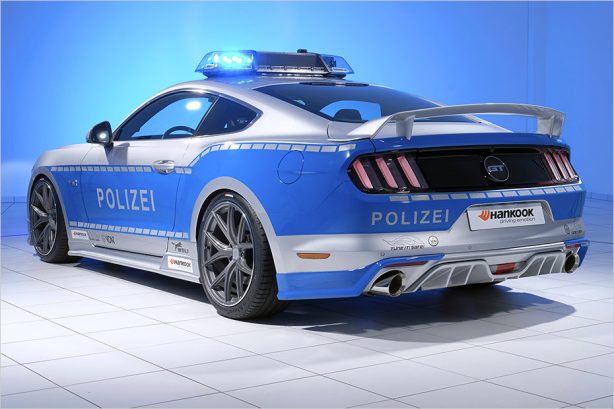