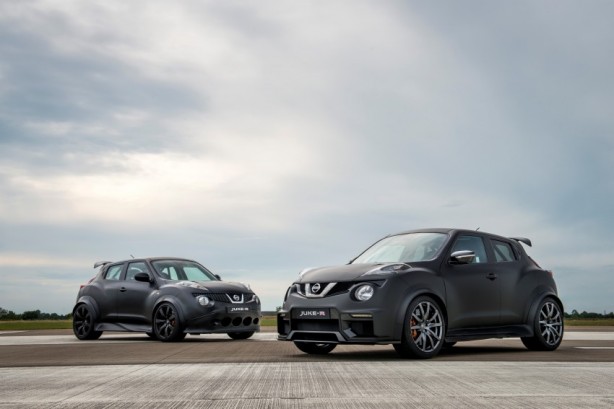 Nissan has unveiled Series II of its insane Juke-R 2.0 concept at the Goodwood Festival of Speed, where Jann Mardenborough will pilot the car up the legendary hillclimb course.

The love child between the mighty GT-R sports coupe and the humble Juke SUV, the almost comical Juke-R comes packed with a twin-turbocharged 3.8-litre V6 engine derived from the Nissan GT-R Nismo pumping out 441kW of power and 652Nm of torque. While Nissan has not revealed its drivetrain, it is safe to assume the super SUV features the same six-speed dual-clutch transmission driving all four wheels. 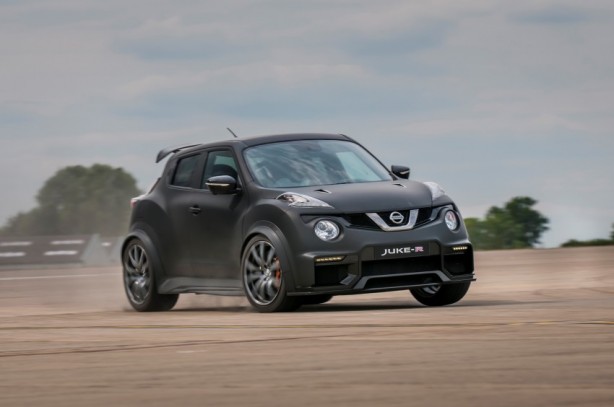 Nissan is also keeping its performance details to itself, but its predecessor completes the century sprint in a mere 3.7 seconds before hitting a top speed of 257km/h – all with “just” 356kW on tap! 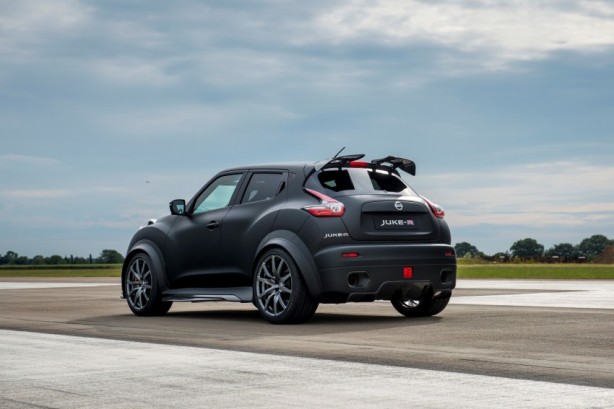 Inside, there’s black headlining and a roll cage replacing the rear seats.

Like its predecessor, Nissan says the Juke-R 2.0 concept is just that, a concept. However, the same was said about its predecessor but we all know several cars were built for those wealthy enough to fork out around US$590,000 each!