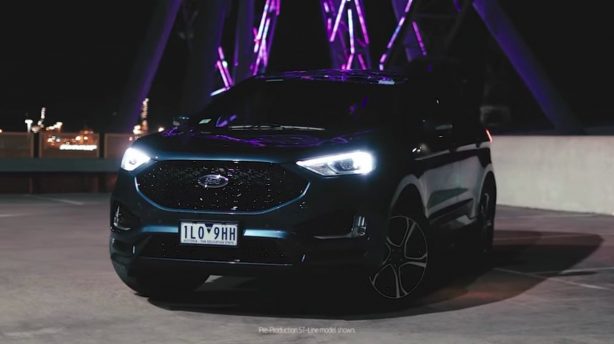 Ford Australia has announced that the upcoming Endura SUV – known overseas as the Edge and slated to go on sale here this summer – will be available in sportier, highly-spec’d ST-Line guise, although big power won’t be part of the deal.

Not to be mistaken for the American market Edge ST, which sports a beefy twin-turbocharged V6, the Endura ST-Line will more than likely be powered by a new 2.0-litre bi-turbo ‘EcoBlue’ diesel engine paired to an eight-speed automatic transmission instead.

Power for the EcoBlue engine is rated at 175kW for European models, although no torque figure has been released. It’s also believed that this engine is somewhat related to the diesel donk underpinning the new Ranger Raptor. 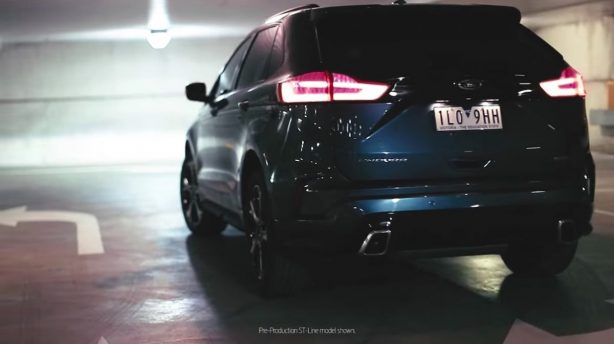 If the UK-market Edge gives any insight as to how the local ST-Line model may be specified, expect mechanical changes to include sports suspension, adaptive steering, paddle shifters for the automatic transmission, and a host of safety aids such as post collision braking and evasive steering assist.

As for interior and exterior niceties, a teaser video released by Ford’s local division that first appeared on the company’s Facebook page – which you can also watch below – previews more aggressive front-end styling with a blacked-out mesh grille, a set of what appears to be 20-inch wheels, and dual chromed exhaust outlets at the rear, while on the inside, you’ll find perforated leather/microfibre seats with red contrast stitching and a largely digital instrument cluster are the main features of the ST-Line’s cabin.

While the disclaimer at the bottom of the video declares the car shown as being a pre-production model, the real deal will more than likely remain true to what’s previewed here, although we won’t know for certain until the Endura ST-Line hits showroom floors at the end of 2018. 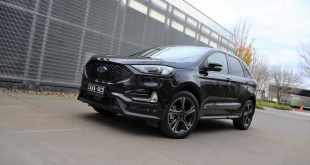 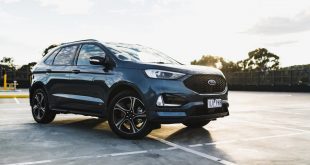