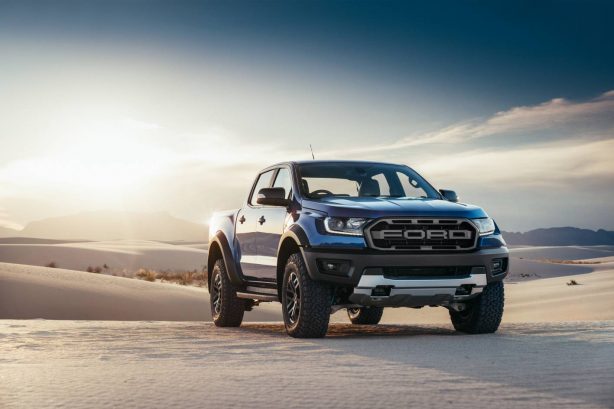 The first-ever Ford Ranger Raptor will be available for Australian off-road enthusiasts as a bold entrant in an all-new niche, landing in late 2018 with a sticker price of $74,990 plus on-road costs.

“Aussies have a passion for performance cars, and an appetite for pick-ups, and the Ranger is a direct response to that,” said Ford Australia President and CEO, Graeme Whickman. “Our local design and engineering team has worked incredibly hard with Ford Performance on this truly unique program to deliver a product that brings Raptor DNA and meets the needs of Australians who’ve called for such a vehicle.” 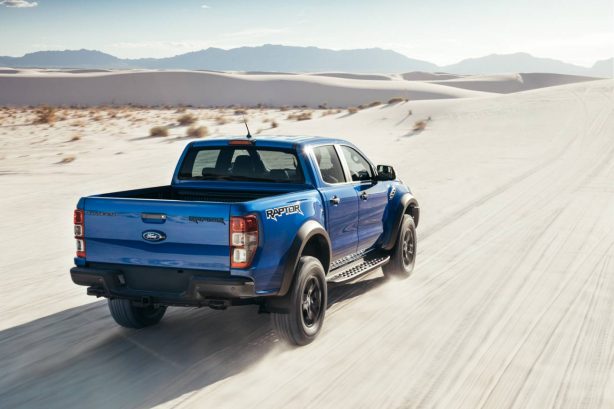 Designed by Ford Performance team for the enthusiast off-roader, the Ranger Raptor is the second Ford pick up to adopt the Raptor nameplate after the flagship F-150.

Strengthening the Ranger’s go anywhere credentials are a series of upgrades to the exterior including a frame mounted front-bumper with new LED fog lamps with functional air-curtain ducts, which help to reduce air resistance of the body.

Larger wheel fenders resist dents and dings often associated with off-road usage, while the step boards were designed specifically to prevent rock spray from hitting the rear of the truck and the holes have been designed to drain sand, mud and snow.

At the rear, a modified rear bumper comes with an integrated tow bar and two recovery hooks rated at 3.8 tonnes. Updated styling to the rear includes flush sensor bezels and specially packaged and styled tow connectors. 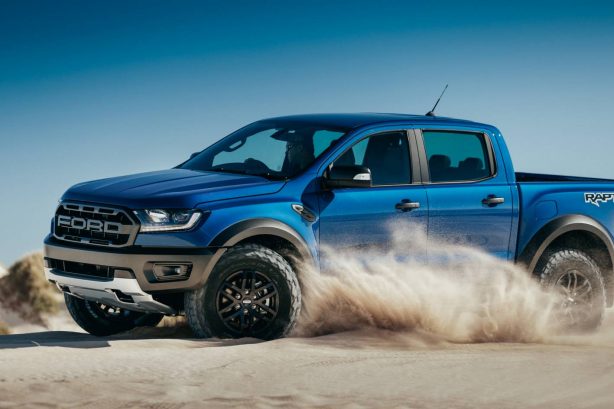 Offered as a single specification, the Ranger Raptor features an all-new powertrain and bespoke suspension.

The Ranger Raptor will be powered by a new-generation 2.0-litre Bi-Turbo diesel producing 157kW/500Nm through a 10-speed automatic. The flexibility of the powertrain is further unlocked through the Ranger Raptor’s unique six-mode Terrain Management System (TMS), which includes low- and high- range four-wheel drive and a locking rear-differential. 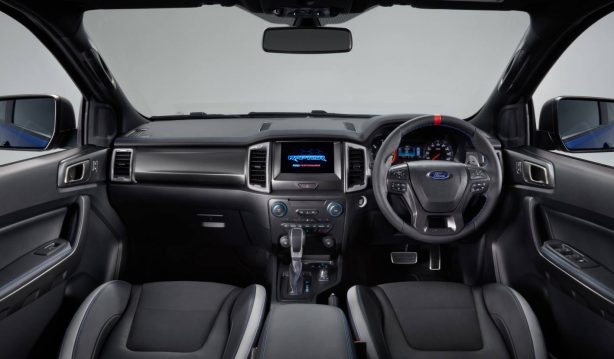 The Ranger Raptor’s TMS introduces Baja mode, which is exclusive to Raptor DNA, and offers the ultimate off-road performance settings.

In addition, Ranger Raptor will introduce a host of convenience features as standard, including smart keyless entry, push-button start as well as a power tailgate lock. SYNC 3 with an 8.0-inch colour touchscreen and standard sat-nav, Apple CarPlay and Android Autoi compatibility is also standard for Ranger Raptor.

The Raptor interior also features exclusive leather-accented bucket seats, a unique instrument cluster with its own start-up display behind a Raptor-embossed steering wheel with competition-spec ‘straight ahead’ marking.

The Ford Ranger Raptor is expected to arrive in Q4 2018.